His tenure at the Central Vigilance Commission will end in October next year, when he completes 65 years of age.

Chowdary and Bhasin were credited for bringing in certain systemic changes at the CVC to tackle corruption.

Chowdary, who had been chairman of the Central Board of Direct Taxes (CBDT) -- the policy-making body of the Income Tax department -- ensured that time taken in resolving graft complaints by the Commission is reduced and started a monthly-lecture series for Chief Vigilance Officers (CVOs).

The CVOs act as distant arm of the Commission to check corruption in government departments.

Bhasin, a former CMD of Indian Bank, brought in several measures to ensure corruption-free working of banks. During his tenure, the CVC came out with a report after analysis of top 100 banks frauds in the country.

However, the Commission was embroiled in the controversy involving two former top officers of the CBI. The CVC exercises superintendence over CBI in corruption cases.

The CVC took measures to probe allegation and counter-allegation of corruption levelled by former CBI chief Alok Kumar Verma and his deputy Rakesh Asthana against each other.

Meanwhile, the Personnel Ministry has started the process of shortlisting the candidates for the posts of CVC and Vigilance Commissioner.

It has recently for the third consecutive time extended the last date for applying for the top posts in the anti-corruption watchdog.

The last date for sending application to the ministry was May 1, which was first extended to May 22 and then till June 6. The date has now been further extended to June 17.

A Committee headed by the PM, and comprising the Home Minister and the Leader of Opposition or a leader of single largest opposition party in Lok Sabha as members, select CVC and Vigilance Commissioners. 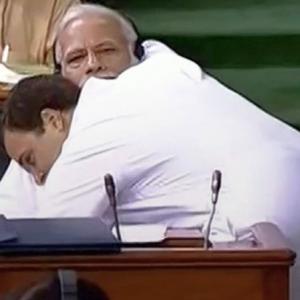