It is the anti-corruption fight that has helped India join a select group of nations whose gross domestic product (GDP) growth rates have gone up in tandem with their ranking on competitiveness.

The World Economic Forum’s Global Competitiveness Index shows India has principally moved ahead in targeting corruption, more than any other indicator.

And within the corruption story it is principally the rapid rise in disposal of cases involving government employees that has helped India. 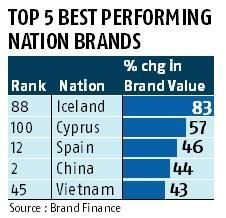 Two data points emerge in this story. The number of cases filed with the Central Vigilance Commission (CVC) against government employees has increased by a colossal 206 per cent since 2010.

The jump is in tune with the general stiffing of mood in the current decade, against corruption in government offices.

The other data, collated by Soumya Kanti Ghosh, group chief economic advisor of State Bank of India Group, show India has in the same period joined a select group of nations whose ranks in the anti-corruption index has improved along with that of indicators such as GDP.

“Establishing a direct link between corruption and GDP growth is difficult but clearly a rise in corruption has significant negative effects on all investments (including foreign direct investment), competitiveness and that of government efficiency, including assisting the weaker income groups,” he said.

Ghosh made the point at a seminar in New Delhi last week, organised by the RIS. He showed that India, along with the UK, Portugal and Italy, have benefitted from improvements in their anti-corruption struggle. 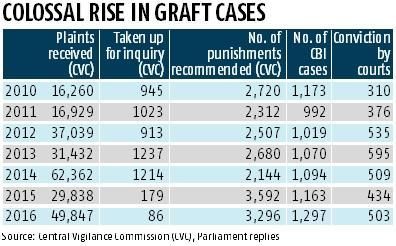 In the same period, countries such as Singapore and South Korea have slipped on the anti-corruption index, along with a net decline in their GDP growth rates (see table ‘Colossal rise in graft cases’).

In India, there has been a phenomenal rise in “outside complaints” to the CVC. These are complaints anybody from the public can make against alleged instances of corruption by government employees.

More people now approach the agency, said a senior CVC officer, confident that their complaints would be heard swiftly.

While the CVC’s role is advisory, data on actual prosecutions bear out the trend of swifter prosecutions.

Actual prosecution is conducted by the ministries and departments concerned based on the CVC reports, with the more serious ones being sent to the Central Bureau of Investigation (CBI).

In the same six-year period, till which data are available, there has been a 32 per cent rise in punishment advisories issued by the CVC.

Though there has been no corresponding rise in conviction rates from courts, as government data from the department of personnel and training show, the bump up in complaints to CVC is instructive.

For instance, the rate at which the CBI disposes of cases annually has stayed flat, a little above 1,000, since 2010.'

In the case of the CVC, a faster rate of disposal at initial stages has also helped to weed out frivolous complaints.

“While the number of complaints have risen, the commission has found time to examine them better,” said the official. As a result, the number of cases which it found good enough to merit further investigation has crashed from more than 1,000 just a decade ago to only 96. This has led to faster decisions.

As many as 129 Group A and B officers have been removed from service in the past one year. Incidentally, in a reply to a Parliament question in 2013, the earlier government had noted there was no trend of increasing suspension of government employees.

The number of employees cashiered off was less than 10 in a decade. The trend of closer inspection of employees could further deepen once the Whistle Blowers Protection (Amendment) Bill, 2015, is passed by Parliament. It is pending in the Rajya Sabha.

“We did not have time to examine the files in detail and so kept them alive for long as candidates for investigation, only to drop them later,” the official said.

The Commission has recently done a time study of the cases to haul up vigilance officers who had sat on the files for years. The exercise held the vigilance officers responsible for delays, instead of apportioning blame on the supposed culprits. 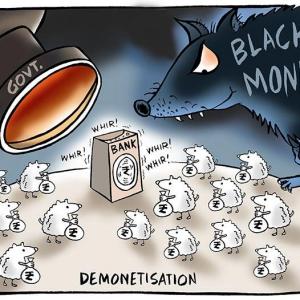