Days after communal violence rocked Madhya Pradesh's Khargone town, a video featuring a purported call to boycott members of a particular community has surfaced, leading the police to file a case against unidentified persons, officials said on Tuesday, while a second video shows local Bharatiya Janata Party MP Gajendra Patel goading people to give a 'tit for tat' reply to those who pelted stones during Ram Navami celebrations. In the first clip, which went viral on social media, an announcement made on a truck-mounted sound system was heard giving the call to boycott the community members, accusing them of spreading violence in the town, which saw arson and stone pelting during Ram Navami celebrations on April 10 and where the curfew was relaxed for nine hours.

Khargone's in-charge superintendent of police Rohit Kashwani said after they came across the video, a case was registered on Monday night against unidentified persons on charge of spreading enmity between different groups.

The police came to know about the video on Monday night and its content was being investigated and people involved were being identified, he said.

He said as per preliminary information, the announcement purportedly heard in the video was made on April 19 in Katargaon, located nearly 60 km from the district headquarters.

The announcer was heard requesting Hindus to boycott the adharmi (impious) and pakhandi (hypocrite) shopkeepers and give them a befitting reply while accusing them of stone pelting during a Ram Navami procession and burning the houses of Hindus in Khargone.

Another video has also surfaced in which a group of women was purportedly seen taking a resolve to financially boycott vidharmis (heretic) by not purchasing from their shops and not selling stuff to them.

When asked about this, sub-divisional magistrate Milind Dhoke told PTI that the administration was looking into the video clip.

The video is not clear and after an investigation, further legal steps will be taken, Dhoke said.

The local administration relaxed the curfew in the violence-hit town for nine hours -- from 8 am to 5 pm -- for the fourth day in a row on Tuesday and allowed plying of passenger buses during the period.

Communal clashes had erupted in Khargone on April 10, during which shops and houses were damaged, vehicles torched and stones hurled. Subsequently, a curfew was clamped in the city which is being relaxed since April 14.

In the video featuring Khargone's BJP Lok Sabha MP Gajendra Patel that surfaced on Tuesday, he is heard prodding people to give a 'tit-for-tat' reply to stone pelters.

“You have pelted stones on procession of Lord Ram and their devotees where flowers should have been showered. You should see the pain of our mothers, sisters and brothers. This is the country of mother India, where our lives are based on religion,” he was heard saying in the video.

The Lok Sabha member further said, “If you have rained stones, then we are also the followers of Sanatan Dharma. Be prepared to answer with bricks and stones.”

He said a "powerful" government exists in the country, which does not compromise on any issue.

“Take a resolution that no tyrant will be able to throw stones at us, prepare for it," said Patel, who was speaking at a programme on Sunday night in Kasrawad town of Khargone district.

Meanwhile, the Khargone district administration has started work of installing 121 CCTV cameras at different locations, including the sites where stone pelting took place during Ram Navami celebrations, the officials said.

Khargone Municipal Council's chief Priyanka Patel, in a statement, said the police administration has given a list of locations where CCTVs need to be installed.

Based on the list, work has been started to install 121 CCTV cameras at 36 locations at a cost of Rs 64 lakh.

The areas where incidents of stone pelting took place are also among these 36 locations, she said.

In-charge Superintendent of Police Kashwani said they have recovered a pistol allegedly used by Mohsin alias Waseem, who was arrested last week in connection with the firing at SP Siddharth Chaudhary during the riots.

The accused told the police that he had purchased the pistol from one Toofan Singh, who will also be questioned, Kashwani said. 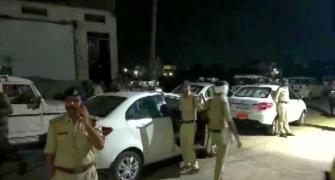 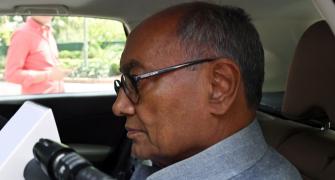 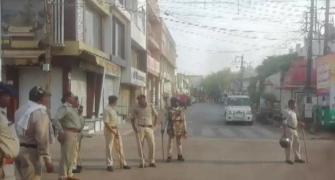