Sena rebel Eknath Shinde in Assam, claims 40 MLAs with him

Shiv Sena's dissident leader Eknath Shinde on Wednesday asserted that 40 MLAs from Maharashtra have accompanied him to Assam's Guwahati and they are committed to Balasaheb Thackeray's 'Hindutva' ideology. Shinde along with a group of Shiv Sena and independent legislators arrived in Guwahati on Wednesday morning and he initially refused to speak to the media persons waiting outside the airport.

He later said 40 MLAs accompanied him but didn't want to make any comment on anybody.

The Shiv Sena legislators have rebelled against the party bringing a crisis to the MVA government in Maharashtra.

"We are committed to Balasaheb Thackeray's ideology of 'Hindutva' and we want to take it forward," Shinde said.

Asked why they have come to Guwahati, he said, "It is a nice place".

Assam is currently ruled by a Bharatiya Janata Party-led government.

The legislators from the western state were taken to a luxury hotel on the outskirts of the city in three buses of the Assam State Transport Corporation with police protection.

Asked about the developments, Borgohain said, "People known to us have come here and so we have come to receive them."

Speculations are rife that Chief Minister Himanta Biswa Sarma is likely to meet the Maharashtra MLAs during the day though the BJP or any official source of the party is yet to confirm it.

Tight security is in place with a huge posse of police personnel posted in and around the hotel where the legislators from the western state are lodged.

The Shiv Sena, which heads the MVA, has 55 MLAs, followed by allies the NCP (53) and the Congress (44) in the 288-member assembly where the current simple majority mark is 144.

Earlier, Shiv Sena MP Sanjay Raut claimed that 14 to 15 Sena MLAs, including some ministers, are with Shinde in Gujarat's Surat city.

However, another party leader had said the number could be 23.

This is for the first time that the rebel MLAs outside the northeast region have been brought to Assam.

Sources said the decision was taken to shift the rebel legislators from BJP-ruled Gujarat to Assam as the Shiv Sena does not have any supporter base here and the possibility of any protest is remote, a source in the saffron party said.

The MLAs were taken to Surat from Mumbai on Tuesday and the decision to shift them to Guwahati was taken on security grounds, according to another BJP source.

The Shiv Sena-led government in Maharashtra is facing a crisis following the dissidence of a section of its MLA led by Shinde. 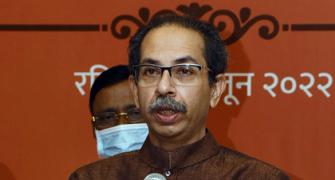 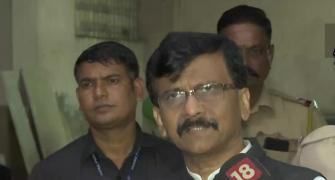 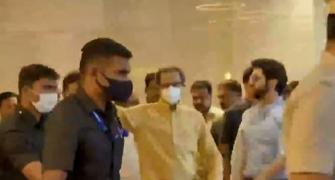 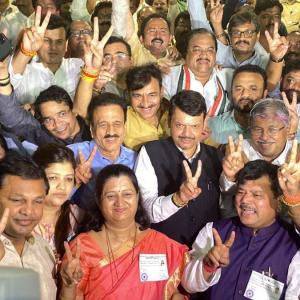