India Has A New CDS!

The general, who took charge as the country's senior-most military commander, retired from service on May 31, 2021 when he was serving as the Eastern Army Commander.

After the government appointed him CDS, he was promoted from a three star lieutenant general -- the rank at which he retired from the Indian Army -- to a four star general.

General Chauhan will be one of four four star military officers in the Indian defence services -- the others being Admiral Radhakrishnan Hari Kumar, chief of the naval staff; Air Chief Marshal Vivek Ram Chaudhuri, chief of the air staff; General Manoj Chandrashekhar Pande, chief of the army staff.

Known as an expert on China, his appointment to the top post comes amid the lingering border row between Indian and Chinese troops in eastern Ladakh.

As CDS, General Chauhan's primary task will be to implement the theaterisation model to bring in tri-services synergy by rolling out integrated military commands. 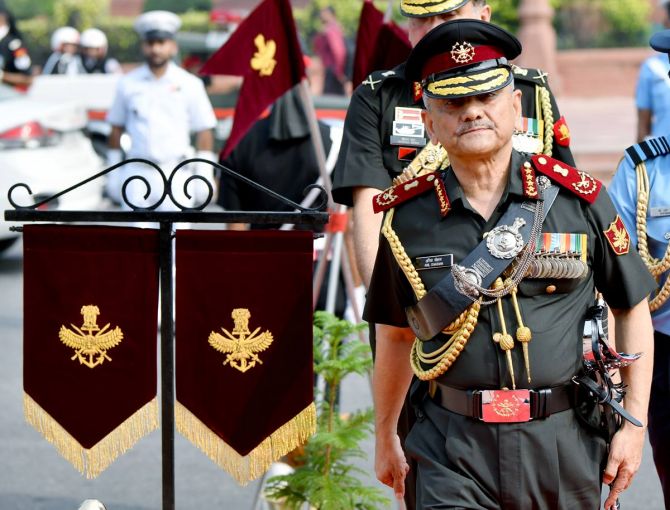 IMAGE: General Chauhan, 61, at the South Block lawns prior to inspecting the tri-services Guard of Honour. Photograph: ANI Photo 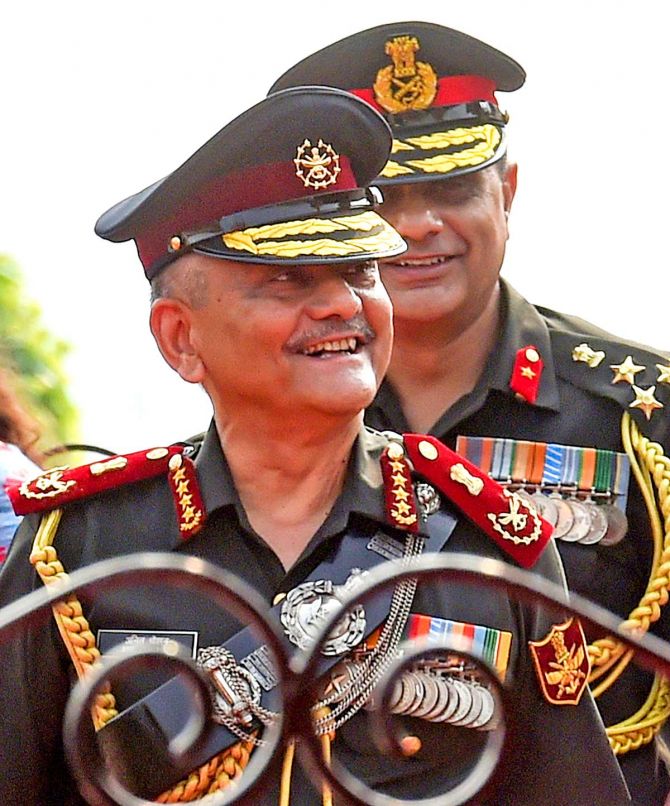 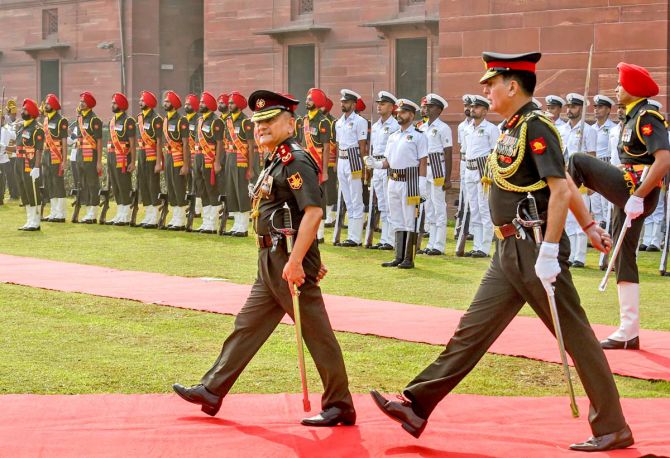 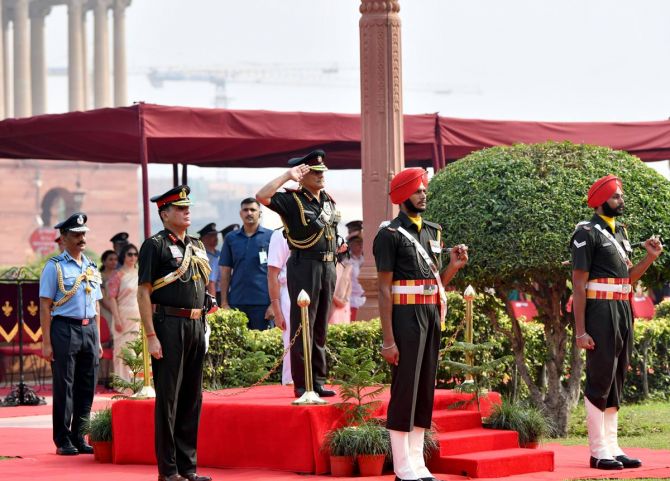 All you need to know about India's new CDS Gen Chauhan 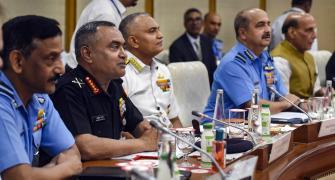 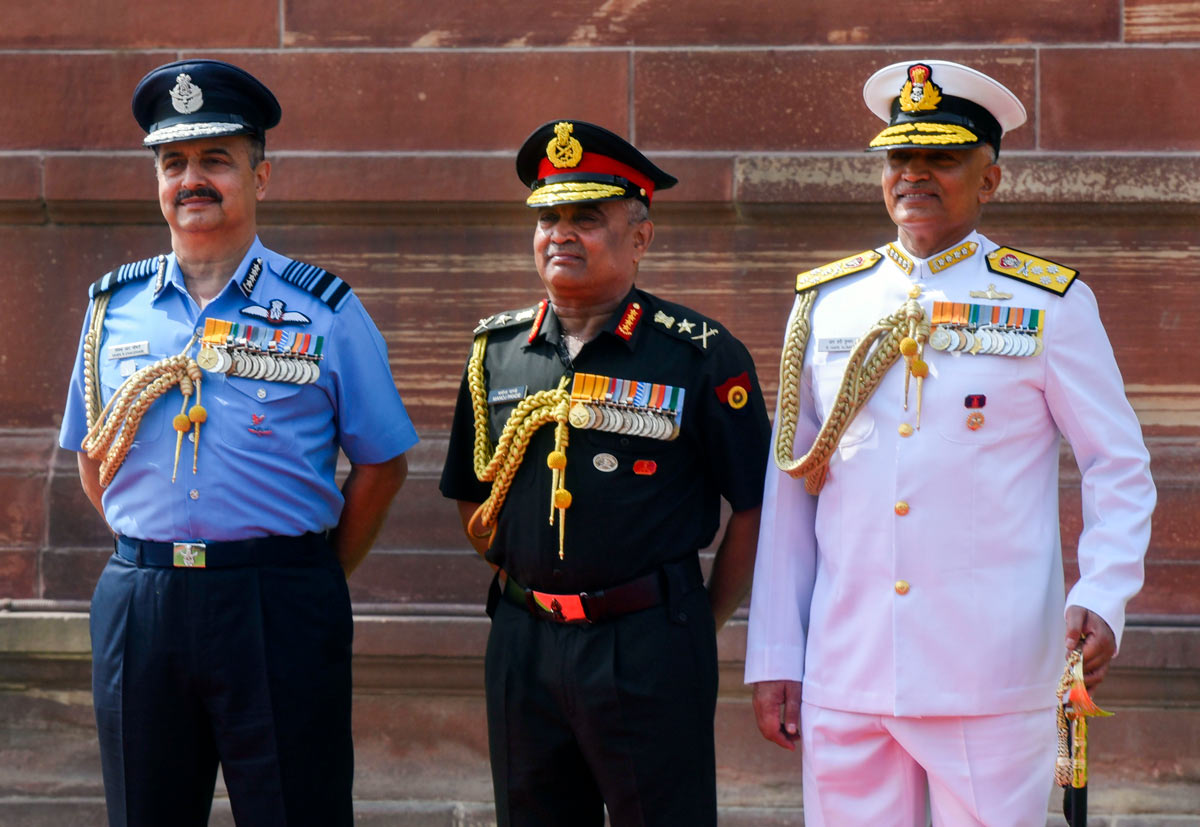 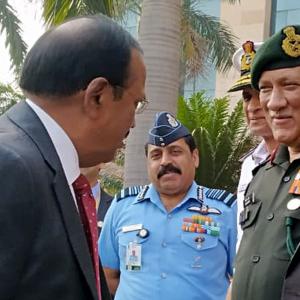