Security beefed up ahead of yoga day celebrations in Delhi 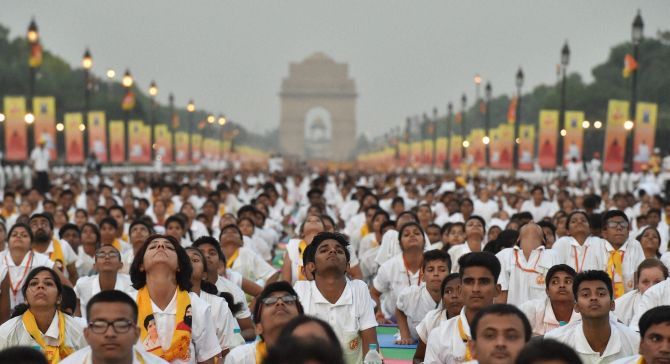 Security was on Monday stepped up in and around Connaught Place and six other venues, ahead of the Yoga Day celebrations to be organised by the ministry of AYUSH on Tuesday.

The Inner Circle, Middle Circle and the radial roads inside the Outer Circle of Connaught Place will be made out of bounds for general public from 3 am, a senior police official said adding that adequate number of security personnel have been deployed there to sanitise the area.

"As advised by the Delhi Police, the entry and exit at Rajiv Chowk Metro station will remain closed till 8.30 am on Tuesday. This has been necessitated in view of the security requirements," a senior metro official said.

Nehru Park, Lodhi Garden, Talkatora Garden, Dwarka, Rohini, Yamuna Sports Complex and Connaught Place are the seven venues for the yoga event. Adequate security arrangements have been made in all the venues which are being sanitised, the senior police official said.

Roads leading to these venues should be avoided in the peak morning hours, a traffic official said.

Image: People take part during a yoga camp ahead of the International Yoga Day on June 21, at Rajpath in New Delhi. Photograph: Vijay Verma/PTI 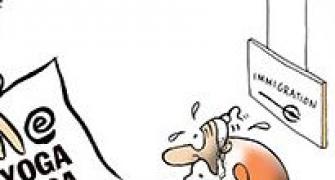 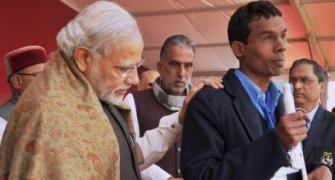 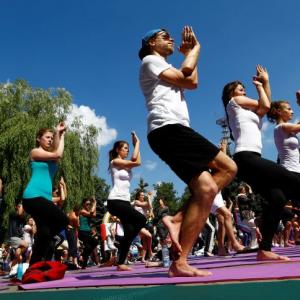 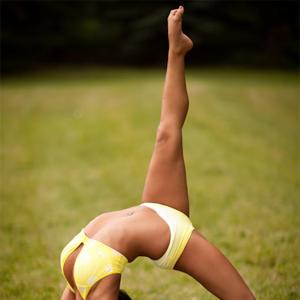