2nd phase of odd-even rolls out in New Delhi

The second phase of the fortnight-long odd-even scheme rolled out on Friday in Delhi with Chief Minister Arvind Kejriwal appealing to the people of the city to join hands and make the road-rationing plan a success. 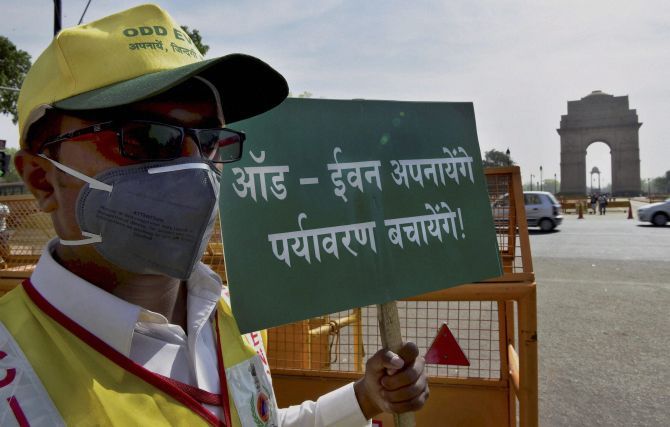 Few vehicles are expected to be on the roads for three days beginning on Friday as it is a holiday because of Ram Navami on Friday and Saturday and Sunday follow.

The effect of the scheme will be felt on Monday as officer goers and school children step out to reach their destination.

"Odd even starts today. Let's all join hands and resolve to make it a success," Kejriwal tweeted.

Metro and DTC have increased their services in order to accommodate load of passengers during the scheme.

The government has prepared a plan to implement odd-even scheme with deployment of 5,000 civil defence volunteers, 400 ex-servicemen and 2,000 traffic police personnel.

Government has formed 120 teams of the enforcement wing of transport department which will prosecute those violating the odd-even rule with imposition of a fine of Rs 2,000 on errant car drivers.

IMAGE: A volunteer at a traffic signal near India Gate in New Delhi on Friday on the first day of the second phase of Delhi government’s odd-even road rationing scheme. Photograph: Kamal Kishore/ PTI 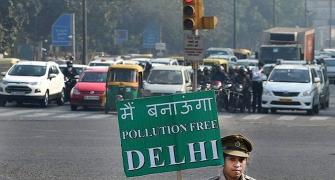 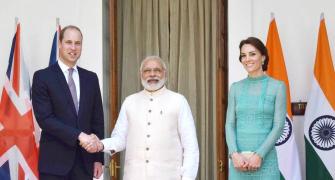 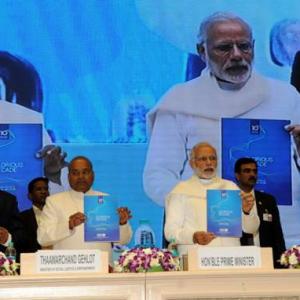 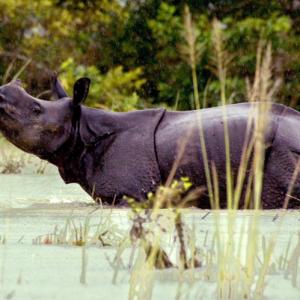 Hours after Royal visit, another rhino killed at Kaziranga