India's second COVID-19 wave seems to have flattened but the climb down will be a more prolonged, long drawn-out process than the first and will possibly run till July, eminent virologist Shahid Jameel said on Tuesday. 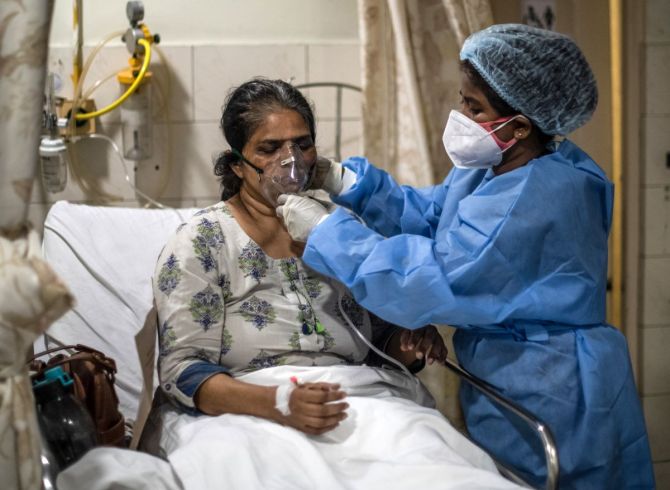 Though the new variants of the virus may partly be responsible for the explosion in the number of cases, there is no indication the mutant versions are more lethal, added the director of the Trivedi School of Biosciences, Ashoka University, amid mounting worries about what is fuelling the second wave in India.

Addressing an online event organised by the Indian Express, Jameel noted that it is a little too early to say if the Covid wave has peaked.

“The curve may have flattened but the other side of the peak is not going to be an easy climb down. It's possibly going to be a more prolonged long-drawn-out process running possibly till July, That means, even if the curve starts to decline, we will continue to have to deal with a large number of infections every day,” Jameel said.

According to the scientist, COVID-19 cases in the second wave also won't come down in as steady a fashion as they did after the first wave.

“In the first wave, we did see a steady decline. But remember, this time we are starting from a higher number. Instead of 96,000-97,000 cases, we are starting from over 400,000. So it will take that much longer. And during the process at every time point, you'll have a lot of cases,” Jameel explained.

In his view, the actual mortality data for India is completely wrong. “Not because of some evil design of someone or a group of people or the state or whatever. But the way we record data I think is faulty.”

Discussing why India faced a second wave, he said the constant narrative was that somehow Indians are special and have some special kind of immunity.

“You know, we had BCG shots when we are children. We get a lot of malaria. So you get all sorts of arguments,” he said. The BCG vaccine is primarily used against tuberculosis.

The noted virologist also said people gave opportunity to the virus not to just spread but also to transmit quickly by not adhering to COVID-19 protocols.

“By the time we came to December and the cases kept going down, we did start believing in this narrative (of immunity). There were a lot of big weddings that we had in January and February. So super spreading events happened,” he added.

He cited other "super spreading events", including elections rallies and religious congregations, for the high number of cases in the second wave.

Vaccine coverage is a matter of concern in his view.

Enough people, he said, did not get vaccinated when they had the opportunity in January and February.

“Around the third week of February when numbers started going up, we had very, very little vaccine coverage, possibly about 2 per cent of people,” Jameel said, adding that some people believed in the messaging that vaccines were not safe.

“Vaccines are safe and the side effects are very rare. There are more chances of someone dying from lightning than due to rare side effects of vaccines.”

Referring to the vaccine shortage in some states, he noted that all big countries that had vaccinated a considerable proportion of their population had booked their doses around June 2020.

“India didn't do that. We did have a big vaccine enterprise but remember our biggest vaccine companies are private limited companies. You know, it's another story that going back a few years we closed down all our public vaccine enterprises. So we depend entirely on the private sector.

“Private sector does not work on charity. The private sector needs to be given orders for them to be confident or, you know, building facilities to make vaccines. And that is where we took our eye off the ball,” he said.

However, the virologist said funds have now been allotted to Hyderabad-based Bharat Biotech and the Serum Institute of India, Pune, and both are expanding facilities. But it will take around July by the time vaccine supplies normalise.

Calculations done during the first wave suggested that herd immunity may set in when about 65 per cent of the population gets infected or vaccinated. It no longer holds true, Jameel said.

Herd immunity is a form of indirect protection that can occur when a sufficient percentage of a population has become immune to an infection, whether through vaccination or previous infections. However, for COVID-19, it is not known when such immunity will set in.

“Now you have a virus that is moving at least twice as fast as thought, if not more. So what you need is you know, at least possibly 75 per cent of the population to be infected or vaccinated before we can achieve what you call herd immunity. So it's a shifting goal post right now.

“And that is why it is so important for us to go and get vaccinated as soon as vaccines are available,” he added.

The virologist also said India may possibly see many waves of COVID-19 pandemic depending upon the conditions at that time and the progress of the vaccination drive. 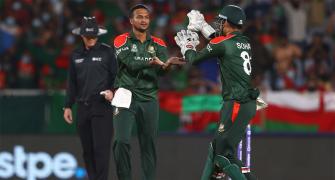 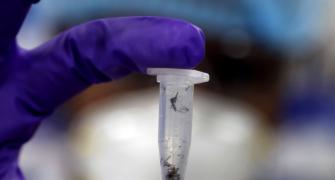 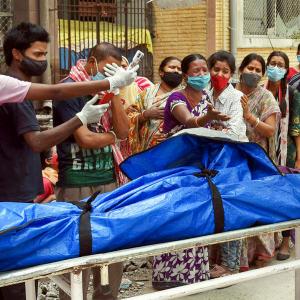