Several academicians, former bureaucrats and judges, writers, artistes and scientists have expressed outrage over the Citizenship (Amendment) Bill calling it 'divisive' and violative of the Constitution and asked the government to withdraw it. 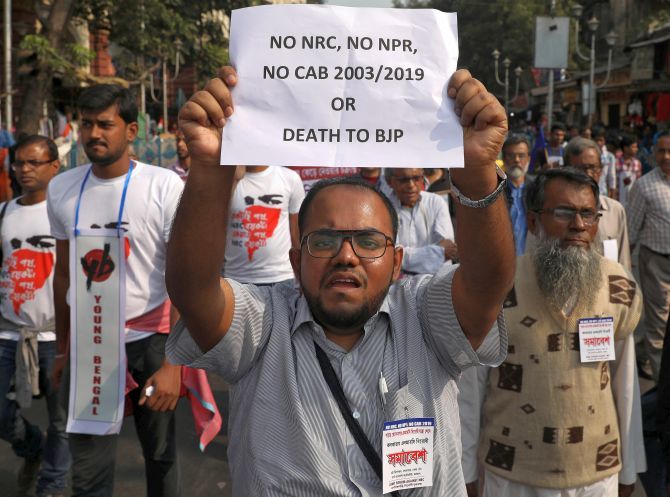 In separate letters and petitions, they asserted that the proposed legislation threatens the federal framework provided by the Constitution and will fundamentally alter the character of the Indian republic if it comes into force.

In an open letter, about 600 writers, artists, activists, former bureaucrats, ex-judges asked the government not to betray the Constitution.

"All of us from the cultural and academic communities condemn this bill as divisive, discriminatory and unconstitutional. It will, along with a nationwide NRC, bring untold suffering to people across the country.

"It will damage, fundamentally and irreparably, the nature of the Indian republic. This is why we demand that the government withdraw the bill.

"This is why we demand that the government not betray the Constitution. We call on all people of conscience to insist that the Constitutional commitment to an equal and secular citizenry be honoured," the letter states.

The Lok Sabha passed the bill a little past midnight on Monday after a heated debate that lasted over seven hours. The contentious Bill will be discussed in the Rajya Sabha on Wednesday.

The bill seeks to provide Indian citizenship to non-Muslim refugees coming from Pakistan, Bangladesh and Afghanistan after facing religious persecution there.

According to the proposed legislation, members of Hindu, Sikh, Buddhist, Jain, Parsi and Christian communities, who have come from Pakistan, Bangladesh and Afghanistan, till December 31 2014 facing religious persecution there, will not be treated as illegal immigrants but given Indian citizenship.

If religious persecution was the logic presented in the bill, then why were refugees such as Rohingyas from Myanmar or Hindu or Muslim Tamils from Sri Lanka or Ahmadis from Pakistan left out, the signatories asked.

'Why focus on only three countries as if these constitute the only possible sources of asylum-seekers?' they asked, stressing on the need to have a refugee policy in line with international law, not a legislation dictated by an ideology that makes use of religion for political gains.

'The Citizenship (Amendment) Bill, 2019 tears to shreds the inclusive, composite vision of India that guided our freedom struggle. In the amendments it introduces to the Citizenship Act of 1955, the new Bill violates every single one of these fundamentals of the Constitution,' the letter states.

After the legislation got the nod of the Lower House, civil rights activist Mander said if the bill is passed, he will practice civil disobedience.

'I will officially register as a Muslim. I will then refuse to submit any documents to NRC. I will finally demand the same punishment as any undocumented Muslim -- detention centre & withdrawn citizenship. Join this civil disobedience,' Mander tweeted.

In a separate petition, a group of scientists and academicians said the use of religion as a criterion for citizenship in the proposed bill would mark a radical break and would be inconsistent with the basic structure of the Constitution.

Academician Pratap Bhanu Mehta, a signatory to the petition, said the citizenship bill will convert a constitutional democracy into a unconstitutional ethnocracy.

'We can debate the past forever. But with CAB India takes a giant step to officially convert a constitutional democracy into a unconstitutional ethnocracy,' he tweeted.

Academician Ramchandra Guha hit out at Home Minister Amit Shah and said he was a professed Savarakrite and had no issue with Muhammad Ali Jinnah's two-nation theory.

The petition said the idea of India emerged from the independence movement, and as enshrined in the Constitution, is that of a country that aspires to treat people of all faiths equally.

'The use of religion as a criterion for citizenship in the proposed bill would mark a radical break with this history and would be inconsistent with the basic structure of the Constitution. We fear, in particular, that the careful exclusion of Muslims from the ambit of the bill will greatly strain the pluralistic fabric of the country,' the petition noted.

Over 230 activists and academicians from Gujarat also wrote an open letter expressing concern over the bill. Some social organisations in Pune appealed to the Maharashtra government to move Supreme Court against the bill. 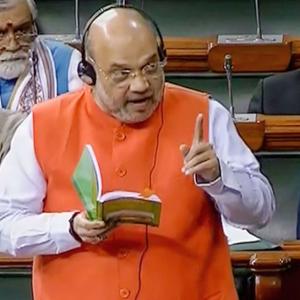