A team of amateur astronomers has discovered a new planet, six times the size of Earth and surrounded by four suns, in a first-of-its-kind phenomenon.

The planet located nearly 5,000 light years from Earth orbits one pair of stars and is in turn circled by a second pair. As a result, a total of four stars light up its skies.

So far scientists have identified six planets -- orbiting two stars instead of one - but none of these have further suns orbiting them, making the quadruple star system named KIC 4862625 one-of-its-kind.

The planet was discovered by two United States volunteers using the Planet Hunters project led by a team from the Yale University, the Daily Mail reported.

The planet called PH1 is a gas giant slightly bigger than Neptune and is around 6.2 times the size of Earth.

It spends 138 days completing a single orbit around its two suns, one of which is 1.5 times the size and the other 0.41 the size of Earth's sun.

Those two suns circle one another every 20 days.

The two other suns orbit PH1's twin suns at a distance of roughly 1,000 times that between the Earth and the Sun, the Daily Mail reported.

"Although PH1 is a gas giant planet, even if there is a possibility of rocky moons orbiting the body, their surfaces would be too hot for liquid water to exist," Yale researchers said.

"Circumbinary planets are the extremes of planet formation. The discovery of these systems is forcing us to go back to the drawing board to understand how such planets can assemble and evolve in these dynamically challenging environments," one of the team members said.

PH1 was discovered by Planet Hunter volunteers Kian Jek of San Francisco, California, and Robert Gagliano of Cottonwood, Arizona, who were using the transit method.

This involves noticing faint dips in light as the planet passed in front of, or transited, its parent stars.

PH1's existence has been confirmed by a team of professional astronomers and details of the discovery were presented at the Division for Planetary Sciences meeting in Reno, Nevada. 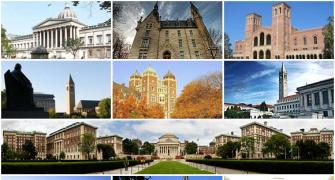 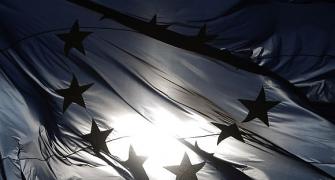