The Supreme Court Monday upheld the decision of Madhya Pradesh Governor Lal Ji Tandon asking the then Kamal Nath-led Congress government to undertake floor test, but expressed concern over the trend of legislators being whisked away by rival political parties to safe hideouts. It said that if the Governor has reasons to believe that the government has lost confidence of the House, constitutional propriety requires the issue be resolved by the trust vote.

The top court however expressed concern over the trend that legislators are taken away by rival political parties at safe hideouts like hotels and resorts which does little credit to the democratic politics.

"The spectacle of rival political parties whisking away their political flock to safe destinations does little credit to the state of our democratic politics. It is an unfortunate reflection on the confidence which political parties hold in their own constituents and a reflection of what happens in the real world of politics," said a bench comprising Justices D Y Chandrachud and Hemant Gupta.

The apex court, which had on March 19, asked Madhya Pradesh Assembly Speaker N P Prajapati to reconvene a special session the next day with a sole agenda of conducting the floor test, gave a detailed order on Monday.

Nath, who had been the Chief Minister for 15 months, then resigned on March 20 -- paving the way for the Bharatiya Janata Party government led by Shivraj Singh Chauhan.

The verdict on Monday further said that the decision of the Governor calling for a floor test cannot be construed to have acted 'beyond the bounds of constitutional authority'.

"Based on the resignation of six ministers of the incumbent government (accepted by the Speaker), the purported resignation of sixteen more Members belonging to the Congress, and the refusal of the chief minister to conduct a floor test despite the House having been convened on March 16, 2020, the exercise of power by the Governor to convene a floor test cannot be regarded as constitutionally improper," the bench said.

It relied upon the nine-judge Constitution bench verdict of apex court in S R Bommai case of 1994.

It said that the observations made in it indicate the question of whether the Council of Ministers in an ongoing legislative assembly commands the confidence of the house is a matter which has to been determined only on the floor of the house.

"In the circumstances as they have emerged in this case, the exercise of authority by the Governor was based on circumstances which were legitimate to the purpose of ensuring that the norm of collective responsibility is duly preserved. There existed no extraordinary circumstances for the Governor to determine that a trust vote was not the appropriate course of action on March 16, 2020," it said.

"Undoubtedly, the purpose of entrusting such a function to the Governor is not to destabilise an existing government," it added.

The bench said when the satisfaction on the basis of which the Governor has ordered a floor test is called into question, the decision of the Governor is not immune from judicial review.

The top court said that in exercising the constitutional authority to demand a trust vote, the Governor must do so with circumspection in a manner that ensures that the authority of the House to determine the existence or loss of confidence in the government is not undermined.

"Absent exigent and compelling circumstances, there is no reason for the Governor to prevent the ordinary legislative process of a no confidence motion from running its due course."

It said the Governor is an appointee of the President but does not represent either a political ideology or a political view.

"The Governor is expected to discharge the role of a constitutional statesman. The authority of the Governor is not one to be exercised in aid of a political dispensation which considers an elected government of the day to be a political opponent."

The bench said the Governor's decision is not immune from judicial review and can be scrutinized on whether it was based on relevant and germane material.

It said Nath, adverting to the turmoil in the state, addressed a communication to the Governor on March 13 stating that convening of the floor test would be a sure basis for resolving the conundrum.

"This is a strong indication that the Chief Minister himself was of the opinion that the situation in the state had cast his government's majority in doubt. However, upon the convening of the Legislative Assembly, no floor test was conducted, and the House was adjourned till March 26 2020. These facts form the basis on which the Governor advised that a floor test be conducted," it added.

The bench also dealt with the plea of Congress in which a direction was sought for granting access to the then 22 MLAs who were lodged at a hotel in Bengaluru.

"Political bargaining, or horse-trading, as we noticed, is now an oft repeated usage in legal precedents. 'Poaching' is an expression which was bandied about on both sides of the debate in the present case. It is best that courts maintain an arm's length from the sordid tales of political life," it added. 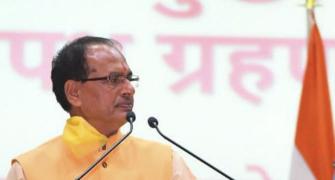 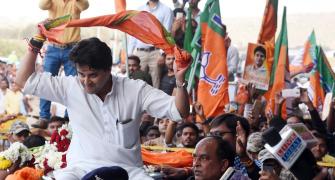 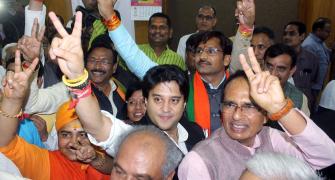