Ayodhya case: SC to sit for an hour more on Monday

The Supreme Court on Friday decided to hear the Ram Janmabhoomi Babri Masjid dispute case for an extra hour on next Monday. 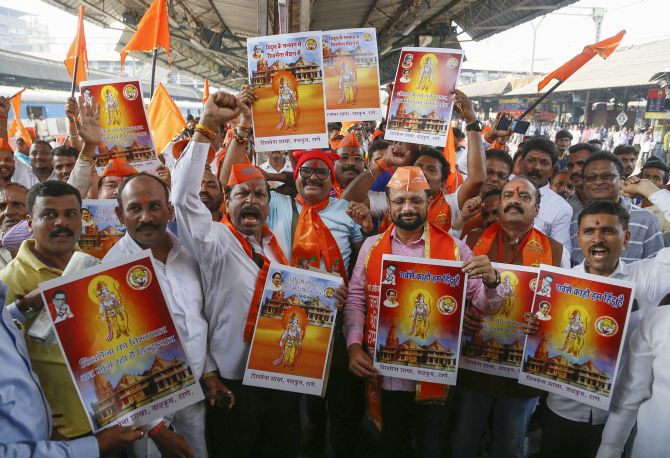 A five-judge Constitution bench headed by Chief Justice Ranjan Gogoi, which was hearing the decades-old politically sensitive land dispute on the 28th day, told the counsel for both the Hindu and Muslim parties that it has decided to rise at 5 pm instead of 4 pm on September 23, which is the scheduled time to wrap up the day's proceedings in the apex court.

"We can sit for extra one hour on Monday (September 23)," the bench which also comprise Justices S A Bobde, D Y Chandrachud, Ashok Bhushan and S A Nazeer said.

The apex court has set October 18 as deadline for completion of all arguments in the protracted land title dispute, a move that has raised the possibility of a verdict in the politically sensitive case in the middle of November.

Get Rediff News delivered into your Inbox.
Source: PTI© Copyright 2020 PTI. All rights reserved. Republication or redistribution of PTI content, including by framing or similar means, is expressly prohibited without the prior written consent.
Related News: Supreme Court, Hindu and Muslim, Ranjan Gogoi, Ashok Bhushan, Babri Masjid
SHARE THIS STORY
Print this article 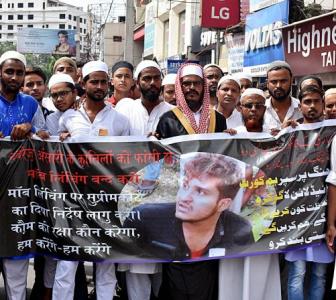 What kind of a man was Ram?