News
Business
Movies
Sports
Cricket
Get Ahead
Money Tips
Shopping
Sign in  |  Create a Rediffmail account
Rediff.com  » News » 'Ram temple was there, is there and will be there'

'I'm sure the central government must be thinking over how to pave the way for construction of the temple.' 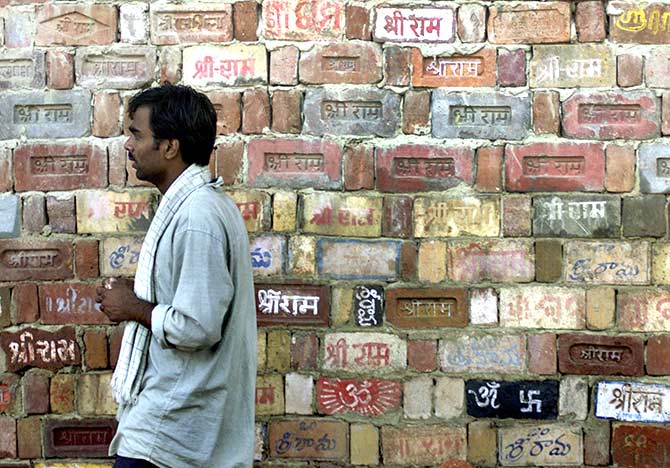 After Rashtriya Swayamsevak Sangh Sarsanghchalak Mohan Bhagwat sought an ordinance facilitating the construction of a Ram temple in Ayodhya, the movement has gathered fresh steam.

Voices demanding an ordinance have increased after the Supreme Court postponed the matter of the land dispute to next year, a decision it reinforced on Monday, November 12.

Manish Shukla, the Bharatiya Janata Party's spokesperson in Uttar Pradesh, recently invoked the party's Palampur resolution of 1989 to assert that his party is committed to building the temple.

"A temple should be constructed at the birthplace (of Lord Ram). It is not a normal temple. It is like Amritsar's Golden Temple, it is equally important as Mecca or the Vatican," Shukla tells Rediff.com's Utkarsh Mishra.

What do you have to say about the Supreme Court postponing the hearing on the Ayodhya issue to next year?

It's a verdict of the honourable Supreme Court and as a member of a party that respects the law and the Constitution, I respect the verdict.

However, like crores of people, I was also disappointed that an initiative that could have led to the construction of the Ram temple was delayed.

As a devotee of Lord Ram, as someone who has faith in the temple movement, I was certainly disappointed.

You recently invoked the resolution your party adopted during the Palampur convention in 1989.
The resolution says that the issue will be resolved 'through mutual dialogue between the two communities or, if this was not possible, through an enabling legislation'.
Which way do you prefer?

There are only two ways which can lead to the construction of temple, either the Supreme Court gives a verdict, or a law is brought to this effect.

It is a practice that if a matter is sub judice, an ordinance over it isn't promulgated.

But it is a technical issue for the government to consider. And I am sure the central government must have been thinking over the technicalities, of how to pave the way for construction of the temple.

Ever since the Palampur convention, we firmly believe that a temple was there, is there and will be there.

RSS chief Mohan Bhagwat and Vishwa Hindu Parishad leaders demand an ordinance on the issue. What do you have to say about it?

We welcome what Bhagwatji said. He expressed the sentiments of crores of Indians. We are with him on this issue.

What about the demand that a mosque should also be constructed along with a temple near the disputed site?

Look, the issue is still sub judice. But a temple should be constructed at the birthplace (of Lord Ram).

It is not a normal temple. It is like Amritsar's Golden Temple, it is equally important as Mecca or the Vatican. So it is not just any temple.

And therefore at the site, only a temple should be constructed.

There are leaders who continue to give inflammatory statements on the issue. Why does the government not tell them that they should not do it as the matter is sub judice?

Everybody has a right to express their opinion in a democracy.

The government acts only when someone's speech can cause a law and order problem.

If your party wins a majority in 2019, what would it do to facilitate the construction of the temple?

See, the matter is still with the court.

I can assure you that we will win 73 seats in UP. 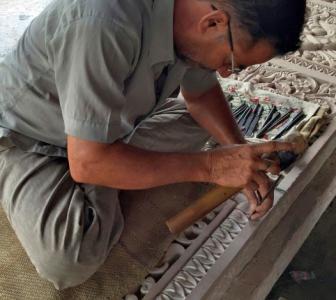 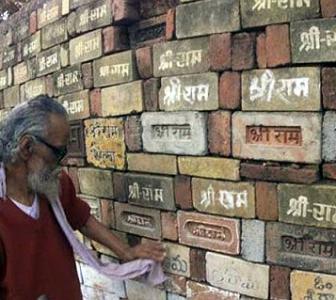 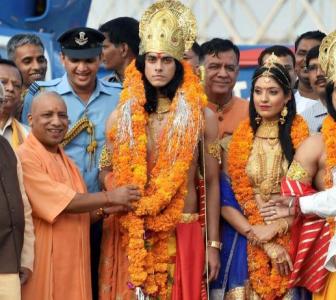 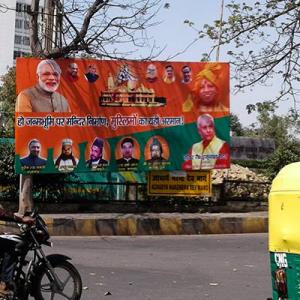 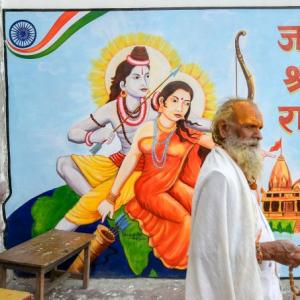