It has been alleged that Yeddyurappa in his capacity as chief minister had violated several rules as a result of which there were irregularities in land dealings, reports Vicky Nanjappa.

In a major blow to former Karnataka chief minister B S Yeddyurappa's chances of being reinstated as CM, the Supreme Court on Friday recommended a CBI probe against him for irregularities in land cases.

The Supreme Court panel that was constituted to go into the details of allegations pertaining to irregularities in denotification of land recommended that the CBI look into these allegations.

The recommendations while being made alleged that Yeddyurappa in his capacity as chief minister had violated several rules as a result of which there were irregularities. It also stated that certain actions taken by him ensured that he and some of his relatives profited from such deals.

The panel, which had studied this case based on various complaints, stated that the probe by the CBI needs to be a detailed one taking into consideration the magnitude of the allegations.

Yeddyurappa has been urging the party leadership to reinstate his as the CM of the state. The BJP central leadership had decided to wait for the outcome of the panel recommendation before coming to any conclusion on the matter. 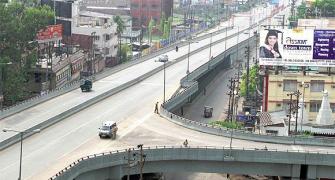