The Supreme Court-appointed committee on the three new farm laws is scheduled to hold its first meeting with members on Tuesday at Pusa campus in New Delhi, its member Anil Ghanwat said. "We are going to meet tomorrow. Only members will meet to discuss the terms of reference and decide the future course of action," said Ghanwat, president of Shetkari Sanghatana (Maharashtra), before boarding a flight to Delhi.

The Supreme Court had on January 11 stayed the implementation of the three laws, against which farmers are protesting at Delhi borders for over 50 days now, till further orders and appointed a four-member panel to resolve the impasse.

Apart from Ghanwat, agri-economists Ashok Gulati and Pramod Kumar Joshi are the other members of the panel.

The panel will hear views of farmers across the country, both who support and oppose the new farm laws, and submit a report within two months to the apex court. 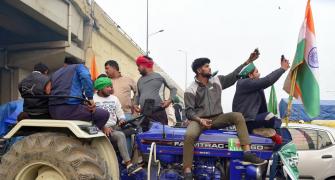 Don't be on wrong side of history: Farmers to SC panel Member opts out of SC-appointed panel on farm laws