Member opts out of SC-appointed committee on farm laws

Bhartiya Kisan Union president Bhupinder Singh Mann on Thursday said he is recusing himself from the four-member committee appointed by the Supreme Court to resolve the impasse between farmers and the Centre over the new agri-marketing laws. 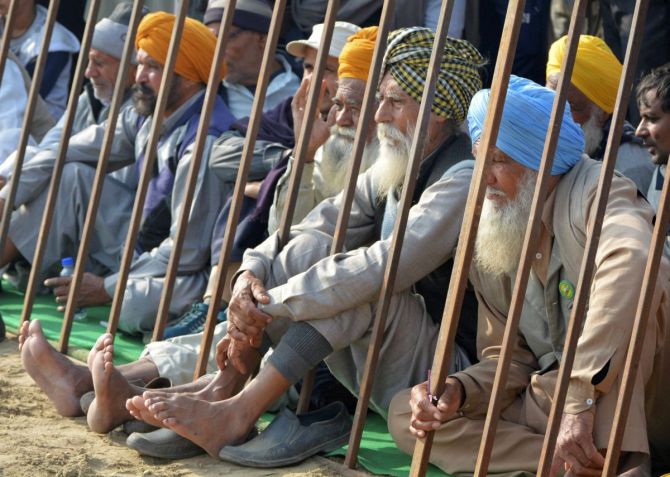 IMAGE: Farmers watch a wrestling competition during their protest against the new farm laws at Tikri border in New Delh. Photograph: PTI Photo

Farmer unions and opposition parties had raised doubts over the composition of the panel, insisting that its members have been in favour of the three laws in the past.

Mann said he is thankful to the apex court for nominating him on the panel but would give up any position to prevent farmers' interests from being compromised.

“As a farmer myself and a union leader, in view of the prevailing sentiments and apprehensions amongst the farm unions and the public in general, I am ready to sacrifice any position offered or given to me so as to not compromise the interests of Punjab and farmers of the country,” he said in a statement.

“I am recusing myself from the committee and I will always stand with my farmers and Punjab,” Mann added.

The apex court had on Tuesday stayed the implementation of the three central laws till further orders and announced the formation of a committee to hear the grievances of the farmers and the opinion of the government.

While welcoming the stay on the implementation of the new laws, farmer unions have said they will not appear before the group. Their leaders claimed that the members of the committee are "pro-government".

The Supreme Court, however, expected them to participate.

“The representatives of all the farmers' bodies, whether they are holding a protest or not and whether they support or oppose the laws shall participate in the deliberations of the committee and put forth their viewpoints,” it had said.

The committee was asked to submit its report to the Supreme Court within two months of its first sitting, which is to take place within 10 days.

“The three contentious laws are the Farmers' Produce Trade and Commerce (Promotion and Facilitation) Act, 2020, the Essential Commodities (Amendment) Act, 2020 and the Farmers (Empowerment and Protection) Agreement on Price Assurance and Farm Services Act, 2020.

Thousands of farmers from Punjab and Haryana have been camping at the border of Delhi for several weeks, demanding the repeal of the laws they say will lead to the weakening of the minimum support price system. 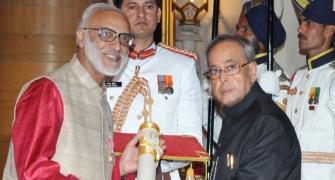 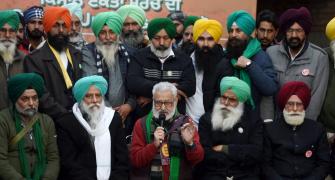 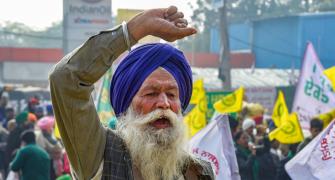 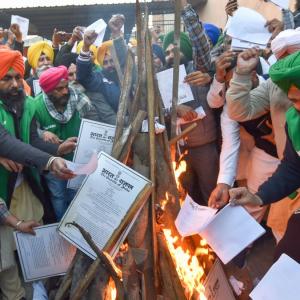 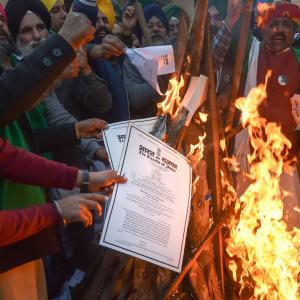