The Supreme Court on Tuesday dismissed petitions by five convicts of the 1993 Mumbai blasts case seeking review of its verdict, saying there was no merit in them.

Earlier, the apex court also turned down the plea of Kazi, 70, and two other convicts Issaq Mohd Hajwane, 76, and Shariff Abdul Gafoor Parker, 88, seeking extension of time to surrender on the ground that their clemency pleas are pending before President Pranab Mukherjee.

The apex court had upheld the Terrorist and Disruptive Activities court's verdict of five-year jail term to Kazi who is suffering from cancer. It has enhanced to life imprisonment the five-year jail term awarded to Hajwane by the trial court. He spent five years in prison during the trial in the case.

The life sentence was awarded by the TADA court to Parker was upheld by the apex court. He has already served over 14 years in jail.

Adajania, Khan, Singh and Sayed were sentenced to 2, 5,9,10 years of jail terms respectively. 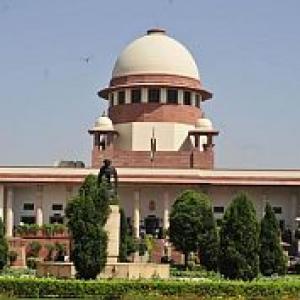