The Supreme Court on Thursday acknowledged the right of farmers to non-violent protests and suggested the Centre to put on hold the implementation of three contentious agri laws as it was thinking of setting up an 'impartial and independent' panel of agriculture experts and farmer unions to resolve the impasse. 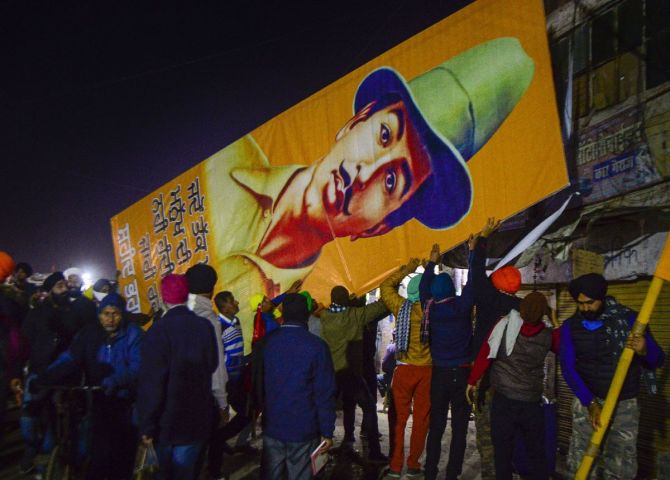 The apex court was also of the view that the farmers' right to protest should not infringe the fundamental rights of others to move freely and in getting essential food and other supplies as right to protest cannot mean blockade of the entire city.

A bench headed by Chief Justice S A Bobde said it would pass order on constituting a committee only after hearing all the parties including the protesting farmer unions and putting on hold the implementation of new farm laws by the Centre would enable negotiations with farmers.

However, Attorney General K K Venugopal opposed the suggestion and said if the implementation of the farm laws are put on hold then farmers would not come forward for negotiations.

The top court said it was not asking the Centre to stay the farm laws but only suggesting that its implementation be put on hold for the time being to enable the farmers to talk with the government.

The top court said it will pass order for serving of notices to the protesting farmer unions and give them the liberty to approach the vacation bench during the winter break.

During the hearing conducted through video-conferencing, the bench observed that it recognises the farmers' right to protest but this right should not infringe the fundamental rights of others to move freely and in getting essential food and other supplies.

It said that in a democracy, police and authorities have to be given power to prevent the protestors from infringing the rights of other.

"Who will take guarantee that if farmers are allowed to enter the city in such a high numbers, they will not resort to violence? Court cannot guarantee this. Court does not have the wherewithal to prevent any such violence.

"It has to be the police and other authorities who will protect the right of others," the bench said, adding that right to protest cannot mean blockade of the entire city.

It said that even police and authorities should not incite the protesting farmers to indulge in any kind of violence.

The court referred to the 1988 Boat Club protest by farmers in Delhi and said the farmers organisations had then brought the entire city to a stand-still.

The top court told Bharatiya Kisan Union (Bhanu) group, which was the only farmer organisation represented before the court, that they cannot keep on protesting without talking to the government.

During the hearing, the bench said it would set up the committee which may include experts like P Sainath and representatives of the government and farmers' bodies to look for the resolution of the deadlock over the statutes.

"We acknowledge the right of farmers to protest but it has to be non-violent," it said.

The top court said the purpose of staging protest can be achieved if the farmers and the government will hold talks and 'we wish to facilitate that'.

"We will not decide the validity of law today. The only thing which we will decide is the issue of protest and the right to move freely," the bench made clear at the outset of the hearing which is still going on.

It is hearing a clutch of petitions seeking removal of farmers protesting at several roads along Delhi's borders.

The apex court had Wednesday indicated that it may form a committee having representatives of the government and farmer unions across the country to resolve the deadlock over farmers protesting at several roads near Delhi borders against the three new farm laws, saying "it may become a national issue".

The top court had told Centre that, "Your negotiations have not worked apparently."

Multiple pleas have been filed in the top court seeking a direction to the authorities to immediately remove the farmers, saying commuters are facing hardships due to the road blockades and the gatherings might lead to an increase in the number of COVID-19 cases.

The apex court had also issued notices to the Centre and others on a batch of petitions, including the one which has sought amicable solution of the dispute. 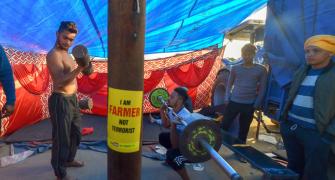 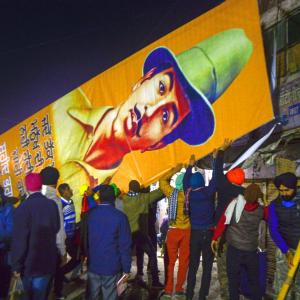 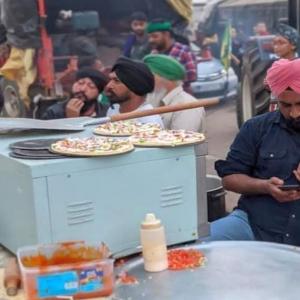