You must have been apprised about the punishment meted out to your loyal lieutenants Dr Maya Kodnani and Babu Bajrangi, as well as the misguided foot-soldiers of misconceived Hindutva, who have now been condemned to spend a life in prison. Was it perchance that you smartly distanced yourself from all these unfortunate people at an opportune moment? Have you spared a thought for the innocent family members of the accused who have been sentenced to a lifetime behind bars? It is believed that you were once a married man. At some point in your life, like all normal humans, you might have been touched by the magic of love, even thought of having children and starting a family, perhaps! Have you even once thought about the plight of the wives and children of your onetime adulators who have been condemned for life?

Mr Modi, have you ever looked at your actual image, stripped of the designer dresses that you are so enamoured with? Have you ever looked at the reflection of the real face behind the mask? Have you ever introspected about your true-self concealed behind the meticulous imagery created by your media managers? Have you even once thought whether it is really worth it to sustain power, even if it requires sacrificing fellow human beings at the altar of expediency? Have you ever considered, even once, whether it is alright to facilitate or connive in the killing of another human being just because he does not conform to your beliefs? Is it really worthwhile to deceive your own self. or, is it only a small price to pay for your political ambitions?

I hope and pray to God that you get the time, wisdom and opportunity to find honest and truthful answers to some of these questions during this lifetime. 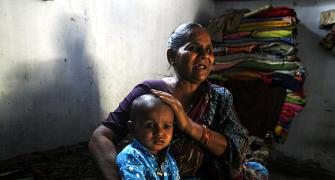 Kodnani not a minister during riots: Guj Govt 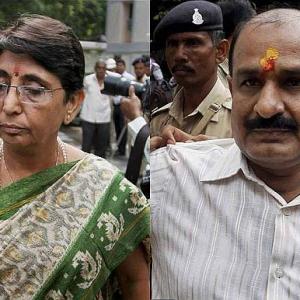