Shiv Sena MP Sanjay Raut routed his unaccounted money through various shell companies opened in the name of his family members and associates, his former aide and prime witness in the money laundering case linked to the redevelopment of Patra 'chawl' project told the Enforcement Directorate (ED). 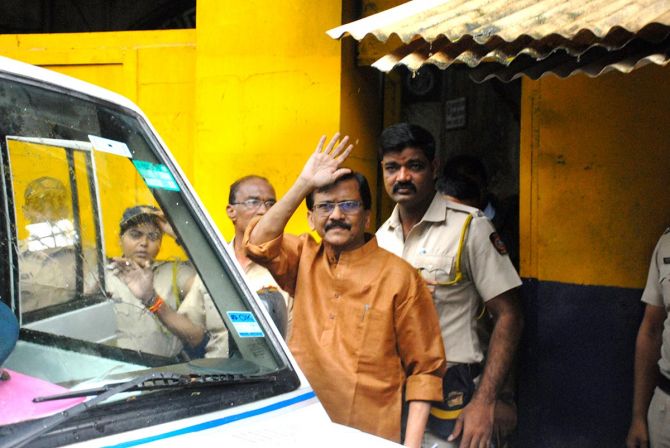 IMAGE: Sanjay Raut -- who was the executive editor of the Shiv Sena daily newspaper Saamana -- waves to Sena workers and the media outside the Arthur Road jail before being produced in a court in Mumbai, September 19, 2022. Photograph: Sahil Salvi

The statement of the prime witness, Swapna Patkar, is part of the supplementary charge sheet filed by the ED last week, naming Raut as an accused, before a special Prevention of Money Laundering Act (PLMA) court.

Raut (60) was arrested by the ED on August 1. He is currently in judicial custody.

Raut's bail plea is scheduled to come up for hearing in the special court on Wednesday.

The ED investigation pertains to the alleged financial irregularities in the redevelopment of the Patra 'chawl' in suburban Goregaon in Mumbai and related financial transactions allegedly involving his wife and alleged associates.

Patkar told the ED that Raut had established Rauters Entertainment LLP, which produced a film titled Thackeray. “He channelised his unaccounted money into this project. He also has other business interests in a liquor company, acquired in April 2021.”

”Apart from investing the unaccounted money in the above-mentioned projects, he nowadays started routing his unaccounted money through various shell companies opened in the name of his family members and his associates,” the witness told ED.

In his statement, Raut had claimed he was not associated with any company and that his daughters and wife were running the entertainment company.

Patkar stated that Raut had forcibly taken Rs 50 lakh from the profit of her Marathi movie project.

The Marathi movie, Balkadu, released in January 2015, was a tribute to Shiv Sena founder Bal Thackeray, without expectation of any profit, she said.

”However, the movie did good business and generated a net profit of around Rs 60 lakh of which Sanjay Raut took Rs 50 lakh as his share. I was forced to issue a cheque of Rs 50 lakh from my bank account. The cheque was issued in his name. Without giving any contribution to making this movie, he took Rs 50 lakh from me forcibly,” Patkar told ED.

When inquired about properties in Alibaug in Raigad district, Patkar said all these properties were acquired from 2010 to 2012.

Raut hails from Alibaug. He used his clout to force many owners to sell their land. The total value of the land must be approximately Rs 9 to 10 crore, whereas the registered value of all these land parcels was aggregating to only Rs 51 lakh, she said.

On being asked how she knew that a cash component was involved in all these land deals, the witness said her husband, Sujit Patkar, was coordinating with all the landowners for the cash on behalf of Raut, and that she was the witness to many of these discussions between Patkar and landowners.

The witness also stated that she came to know from her husband that one of the landowners had been threatened by Raut to sell his plot.

She added that a few other lands were purchased at the same site using unaccounted cash and other assets in the name of Raut's wife and family members.

"Raut used to channel the funds in the guise of an unsecured loan from his associates and relatives. He has even taken such loans from his mother, brother, cousins and others who do not have any source of income to render such loans," the witness said.

Questioned about land purchased in Alibaug, Patkar said initially Raut wanted to build a resort at the plot. However, he changed his plan after realising that the land was affected by CRZ (Coastal Regulation Zone) norms.

Patkar said she was a columnist with Saamana, the Shiv Sena mouthpiece, from 2008 to 2014, and earlier helped Raut in writing articles in English. She had also assisted him in Rajya Sabha-related works.

During this period (2008-14), Patkar claimed to have seen at least two employees of Pravin Raut, another accused in the case, visiting the Saamana office and handing over money directly to Sanjay Raut.

According to the federal anti-money laundering agency, Pravin Raut was acting as a “front man” for Sanjay Raut.

On the Patra chawl project, the witness told the ED that during 2008-09, residents of the area had approached senior Nationalist Congress Party leader Sharad Pawar through local politicians for the redevelopment of the chawl (tenement).

After various meetings, Sanjay Raut and Pravin Raut, along with Rakesh Wadhawan, of HDIL (Housing Development Infrastructure Ltd) were asked to handle the project, she said.

In this project, there was an understanding between Sanjay Raut and Pravin Raut, wherein the latter was the proxy, the witness said.

As part of the understanding, Pravin Raut was acting on the behalf of Sanjay Raut. He was giving Rs 2 lakh per month to Sanjay Raut from the money received from HDIL, she added. 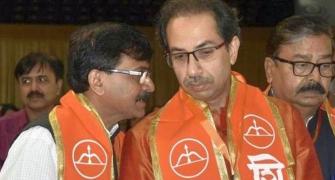 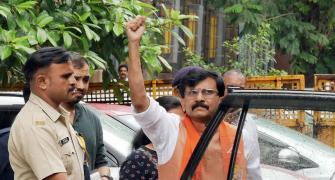 CBI/ED Raids And The Danger To The Republic