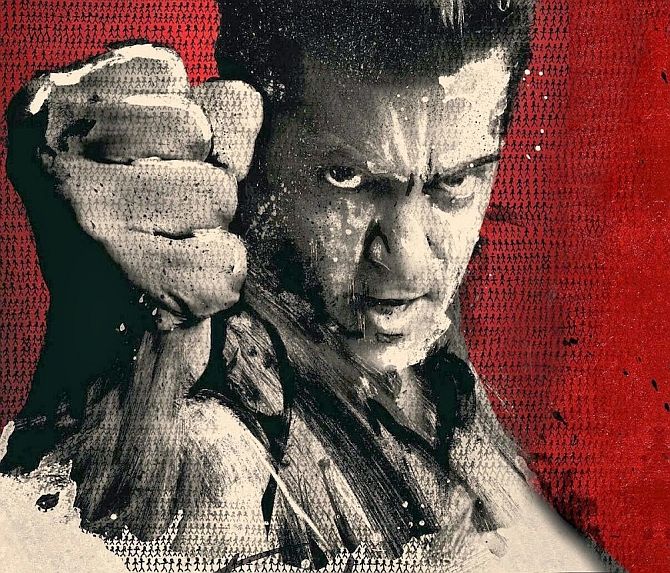 A Mumbai sessions court will pronounce its verdict on Wednesday in the hit-and-run case against Bollywood superstar Salman Khan who, if convicted, could face up to 10 years in jail.

The judgement in the over 13-year-old case, whose trial saw many twists and turns, can make or mar the career of the actor on whom ride investments of over Rs 200 crore.

Reports suggest that at least Rs 230 crore is riding on the actor, who has starred in several blockbusters in recent times. In 2014, the actor's films grossed Rs 338 crore.

Filmmaker Karan Johar told reporters, "The matter is subjudice so we don't know what to say but are prayers are with Salman Khan."

Khan is believed to have seven films in the pipeline, two of which are in production.

Trade analyst Komal Nahta says, "If you take Rs 75 crore each for these two films, it comes to a total of Rs 150 crore. And then if you add another Rs 50 crore for the projects that he has signed, it comes to Rs 200 crore. There is some amount of tension, but the actor has the option to further appeal his case."

A tight security blanket will be thrown around the court when sessions judge D W Deshpande pronounces the judgement.

Only the lawyers, media and the court staff will be allowed to be present.

While fixing May 6 for delivering the verdict last month, Deshpande had directed the 49-year-old actor to be present at 11.15 am.

The popular actor was tried afresh under the harsher charge of culpable homicide not amounting to murder which is punishable with imprisonment up to 10 years.

A Bandra Metropolitan Magistrate, who conducted the trial under lesser charge of rash and negligent driving, which carries a maximum punishment of two years, had in 2012 slapped the more serious offence of culpable homicide and committed the matter to the sessions court.

The actor has claimed he was not at the wheel at the time of the accident which killed one person and left four others injured on the night of September 28, 2002. While the prosecution has insisted that a drunk Khan was driving the Toyota Land Cruiser that ran over the victims sleeping on the pavement outside a bakery in suburban Bandra, the actor has claimed it was his driver Ashok Singh who was behind the wheel. Driver Singh has endorsed the defence's claim.

The defence also argued that police had not obtained finger prints from the steering wheel to find out who was driving the vehicle.

Prosecutor Pradeep Gharat has alleged that Khan was driving the vehicle after consuming 'Bacardi rum' at a bar, a charge denied by the actor, who said he had just a glass of water.

Nurullah Mehboob Sharif was killed in the accident in which Kalim Mohammed Pathan, Munna Malai Khan, Abdullah Rauf Shaikh and Muslim Shaikh had been injured.

The defence also disputed the prosecution's contention that there were three persons in the vehicle -- Khan, his police bodyguard Ravindra Patil and singer friend Kamal Khan, insisting that driver Ashok Singh was also present.

Khan's counsel Srikant Shivade argued that the post-mortem report of the deceased indicated that he had died after being crushed. Shivade contended that he got killed when a crane called by the police to lift Khan's SUV could not haul it up in one go and dropped it on the victims, causing injuries.

The defence counsel also claimed that the accident was caused after the driver lost control due to tyre burst. He also said the road was under repair and stones lay scattered all over the place.

To nail the actor, the prosecution has heavily relied upon the statement by Khan's bodyguard Ravindra Patil, who had said the actor paid no heed to his warning not to drive rashly.

Patil, who died during the pendency of the trial, had also said Khan was under the influence of liquor at the time of the accident. He had, however, not said a word about driver Ashok Singh being behind the wheel when the accident occurred.

The defence called Ravindra Patil a "liar" and claimed he was asleep in the vehicle when the accident occurred.

Khan's counsel had sought discarding Patil's evidence as he had died and was not available for cross examination. The court had taken Patil's evidence on record and said it will decide on its evidentiary value.

The defence lawyer also disputed the prosecution's claim that it had taken Khan 30 minutes to drive his SUV from JW Marriot Hotel to the accident spot at a speed of 90 km per hour after ingesting drinks.

The lawyer argued as the distance was not much, it would take Khan only ten minutes to cover it and claimed the case was "false".          The prosecution also alleged that Khan was driving without holding a licence. To buttress its charge, the prosecution produced RTO records to show that the actor had procured a licence only in 2004, two years after the tragedy.

The actor had, however, said the licence procured in 2004 was not his first.

The court will also pass its order on an application filed by activist Santosh Daundkar accusing the police of perjury (giving false evidence under oath) by examining a wrong set of doctors to delay the trial by three years.

The applicant has raised questions about singer Kamal Khan, who was in the vehicle at the time of the accident, not being examined by the police.

The actor has been charged under IPC sections 304 part II (culpable homicide not amounting to murder) which attracts up to 10 years in prison; 279 (rash and negligent driving) which stipulates six months jail; 337 & 338 (causing hurt by act endangering life and causing grievous hurt respectively) with punishment up to two years, and 427 (mischief causing damage to property) with maximum punishment of up to two years.

Under Motor Vehicles Act, Khan has been charged under Sections 34(a), (b) read with 181 (driving vehicle in contravention of rules) and 185 (driving at great speed after consuming alcohol).

He has also been charged under provisions of Bombay Prohibition Act relating to driving under influence of alcohol which provides for maximum six months' jail.