'The power sector accounts for much of the financial burden of state governments in India.' 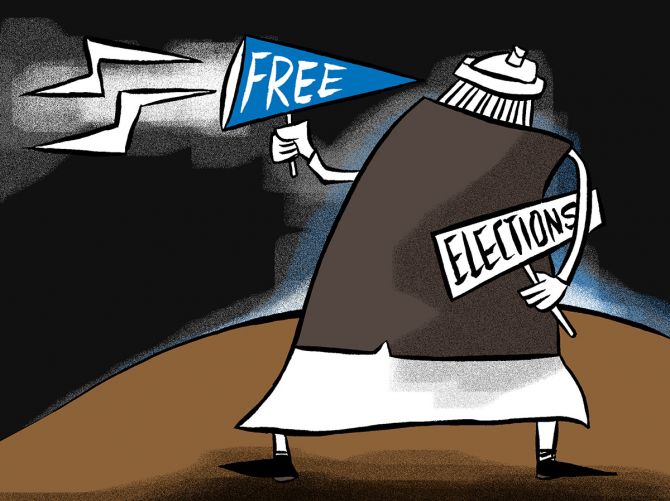 State governments have announced over Rs 1 trillion in welfare schemes and subsidies this year, even as the Supreme Court raised questions over freebies promised around elections.

Andhra Pradesh, Madhya Pradesh, and West Bengal are among the state governments with the largest welfare scheme announcements in their respective Budgets this year.

Others included in the study were Punjab, Rajasthan, Jharkhand, Bihar, Haryana, and Kerala (see chart 1).

The RBI definition of freebies included those that can 'potentially undermine credit culture, distort prices through cross-subsidisation eroding incentives for private investment, and disincentivise work at the current wage rate leading to a drop in labour force participation.'

The state elections for Gujarat and Himachal Pradesh are drawing near.

The Aam Aadmi Party promised 300 free units of electricity if it comes to power in Gujarat.

It implemented this in Punjab after winning the election there earlier this year.

The Bharatiya Janata Party governments in Himachal Pradesh had announced the provision of free power and water supply in April.

The BJP government in Gujarat has already promised WiFi for 4,000 villages and Rs 500 crore (Rs 5 billion) for cow protection in its latest budget.

The other subsidies that state governments have announced this year include financial assistance to women, subsidy on interest for crop loans and medical assistance.

The states have varying capacities to pay for additional subsidies.

According to data from PRS Legislative Research, the fiscal deficit varied from 2.81 per cent for Jharkhand to 4.56 per cent for Madhya Pradesh.

The higher the fiscal deficit, the more the government has to borrow to meet expenses. 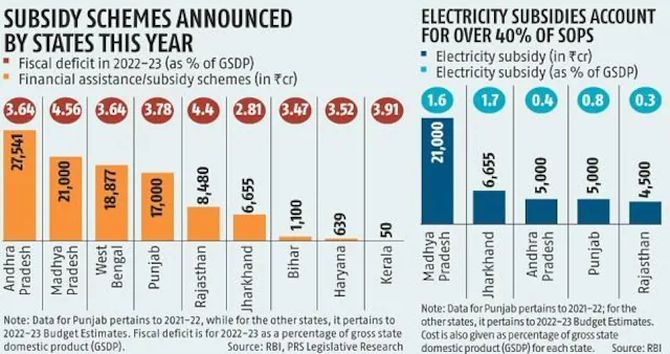 The recurring theme of power as a key component of subsidies also shows up in the overall numbers.

The total of power subsidy schemes and financial assistance across five states adds up to Rs 42,155 crore (Rs 421.55 billion).

The electricity subsidy in Rajasthan is 0.3 per cent of gross state domestic product. It is 1.7 per cent in Jharkhand (see chart 2).

'The power sector accounts for much of the financial burden of state governments in India, both in terms of subsidies and contingent liabilities,' noted the June 16 RBI study State Finances: A Risk Analysis.

'Illustratively, many state governments provide subsidies, artificially depressing the cost of electricity for the farm sector and a section of the household sector,' the RBI study added.

The last of these involved state governments taking over 75 per cent of the outstanding liabilities of distribution companies. 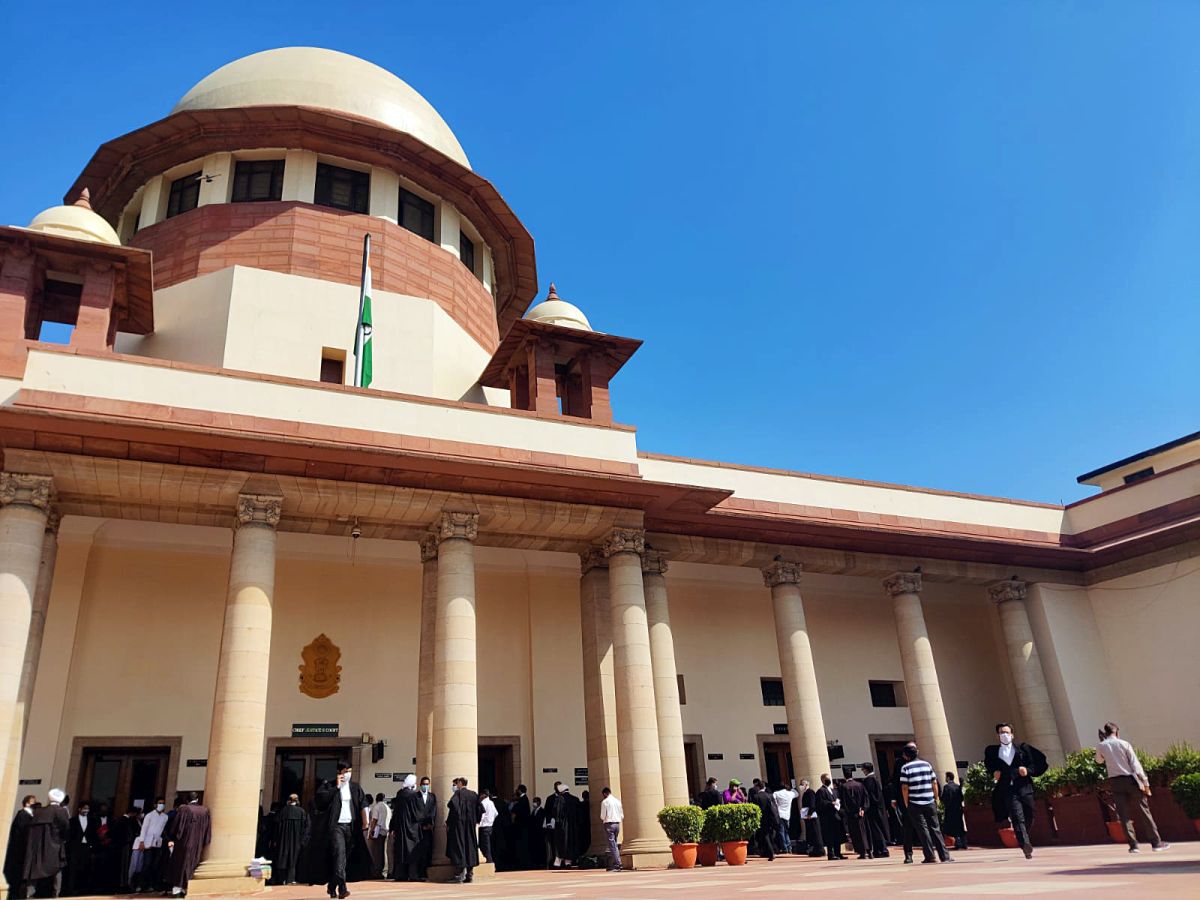 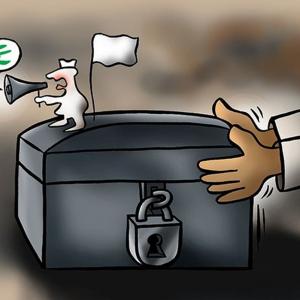