The ongoing negotiation to end the row over Syro-Malabar Church Synod's decision to allegedly impose uniformity in celebrating the holy mass in churches under its control has hit a roadblock with a section of priests, nuns and laity refusing to accept the new style of worshipping. 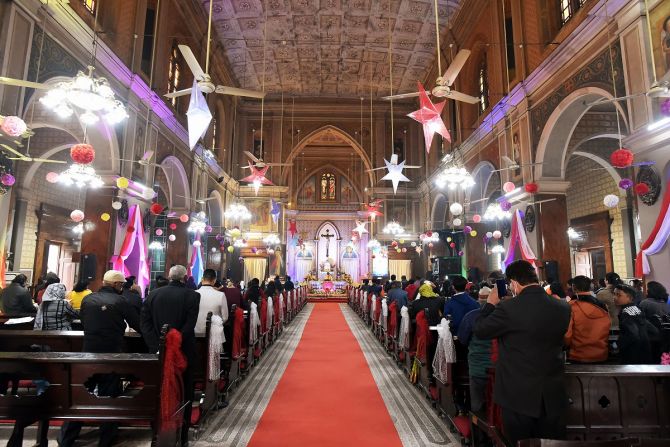 The negotiations between the priests protesting against the the Synod's decision to introduce a uniform mass and a sub-committee comprising three bishops constituted by the Synod to find a way to solve the matter.

A representative of the protesting priests alleged that the actions of archbishop Mar Andrews Thazhath were the reasons for allegedly blocking the process of dialogue initiated by the Synod to end the crisis.

Archbishop Thazhath is the Vatican-appointed apostolic administrator of Ernakulam-Angamaly archdiocese.

Referring to the violence that occurred outside the St Mary's Cathedral Basilica in Kochi on Sunday, he alleged that it occurred after the archbishop insisted that he wanted to celebrate the uniform way of holy mass at the Church.

The archbishop was prevented from celebrating holy mass at the St Mary's Cathedral Basilica in Kochi by the dissident group of Ernakulam-Angamaly archdiocese, triggering the violence outside the church between supporters of Synod's decision and the group opposing it.

"We cannot accept the uniform mass being introduced in our churches. Why are they insisting us to adopt a new worship style? We have historical as well as cultural difficulties in accepting it", said Fr Kuriakose Mundadan, secretary, presbyteral council, Ernakulam-Angamaly archdiocese.

He said majority of priests, nuns and laity of Ernakulam-Angamaly archdiocese wanted to continue to celebrate the holy mass facing the people because it was part of the second Vatican council.

A source in the Syro Malabar Church admitted that they were still struggling to find a way out for the problem due to the alleged adamant stand taken by the dissidents.

"There are issues related to the Holy Mass celebration in the Ernakulam -Angamaly archdiocese", the source told PTI without elaborating on the issue.

The source also refused to comment on the protesting priests' allegations against Archbishop Thazhath.

The protesting priests said out of around 320 churches under Ernakulam-Angamaly archdiocese, only three churches could implement the new 50:50 formula where the priest faces the faithful in the first half of the holy mass and then the altar in its second half.

He claimed that it reflected the sentiments of around 420 priests, over 10,000 nuns and five lakh believers belonging to the Ernakulam-Angamaly archdiocese.

The Ernakulam-Angamaly archdiocese is the oldest such archeparchy under Syro-Malabar Catholic Church which is one of the 22 Eastern Oriental Churches in full communion with the Pope.

Asked about the protest organised against Archbishop Andrews Thazhath outside the St Mary's Cathedral Basilica in Kochi on Sunday, he alleged that the senior priest was advised by the police to not proceed with his plan but he did not pay any heed to it, leading to tension in the area.

Archbishop Thazhath is also the new president of the Catholic Bishops Conference of India.

Seven people -- three from the dissident group and four supporters of Synod's decision on Holy Mass -- were taken into custody by the police for allegedly creating the tension.
They were later released on station bail.

The protesting priests alleged that it was Thazhath, who is also the apostolic administrator of Ernakulam-Angamaly archdiocese, who was responsible for the trouble that occurred at the Basilica on Sunday.

They alleged that his move to celebrate the Holy Mass in violation of over the 60 year long tradition and subsequent violence has broken the dialogue process initiated by a three-member subcommittee constituted by the Synod to address the issue.

"We were viewing this discussion with great hope. But it is broken now," Mundadan said.

The archbishop could not be reached for his reaction.

Discontent had been brewing among a significant section of priests, nuns and laity of the Ernakulam-Angamaly archdiocese for some time over its synodal decision to impose the uniformity in celebrating the holy mass in churches under its control.

The Syro-Malabar Church headed by cardinal George Alencherry has said all decisions were being implemented as per the directive of the Vatican.

It was on July 30, the church issued a communication informing that Archbishop Andrews Thazhath was appointed as apostolic administrator of Ernakulam-Angamaly archdiocese of the Syro-Malabar Catholic Church.

However, Cardinal George Alanchery, who is the head of the Syro-Malabar church, is the Metropolitan Archbishop of Ernakulam-Angamaly archdiocese.

The protesting priests also have alleged that there were irregularities in the land deals done in the archdiocese since 2017. They have alleged the role of the Cardinal in controversial land deals.

They have also urged the Vatican to provide compensation to those who suffered due to such alleged dubious deals.

There are 47 Bishops and 8,547 priests and thousands of nuns in the Syro Malabar Church.

Many Bishops, priests, religious and laity of the Syro-Malabar Church are present all over the world and share the missionary and pastoral life of the sister churches. 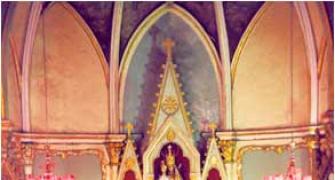 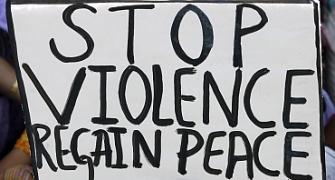 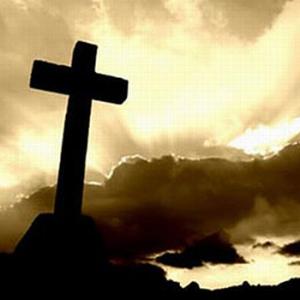