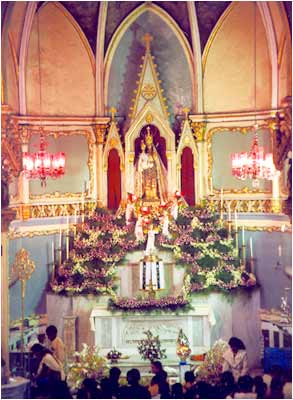 Amid dramatic scenes, police made a forced entry into a church Kochi, caught in a row between two factions, and removed protesting rival Jacobite priests and followers following a Kerala high court directive on Thursday.

The Orthodox and Jacobite factions have been caught in a tussle over the possession of the church, known as Piravom Valiyapalli, and matters only worsened after the Supreme Court ordered that the control of the place of worship be given to the Orthodox group.

Protesting priests and followers of the Jacobite faction had locked themselves within the church premises, not giving any leeway to the other group.

As the police personnel were removing the priests and their followers, the collector reached the spot and sought to pacify the agitating people and held conciliatory talks with the Bishops.

Following the talks, a senior Bishop of the Church appealed to the Jacobite followers to let law take its own course.

When the Bishops yielded to the arrest, others also followed it without much resistance.

The high court had directed the district administration to ensure that protesting priests and followers of Jacobite Church were removed from its premises to implement the apex court order giving its possession to the Orthodox faction.

Police broke open one of the main gates and made a forced entry into the church and removed the resisting Jacobite priests and their followers.

"The keys of the church will be given to the high court on Friday," the collector told reporters soon after the police took control of the church.

The resisting Jacobite Bishops and priests courted arrest after the collector, who reached there amid their forcible eviction, held talks with top leaders.

The collector appealed to the Jacobite church leaders to ‘cooperate’ during his conciliatory talks with them.

He managed to convince the Bishops that ‘there was no other option’ as the district administration was bound to implement the court directive that those belonging to the Jacobite faction be removed from the church premises and a report submitted by 1.45 pm on Thursday.

Meanwhile, the Kerala high court ordered the Collector to take control of the church with immediate effect.

Considering the matter again later in the day, the court ordered the government to implement its order before noon on Friday and submit a report.

It also directed the police to ensure law and order in the area.

The state government sought time till Friday morning to remove all people camped in the Church premises.

Earlier, a tense situation prevailed at Piravom as Jacobite priests and followers refused to heed authorities' plea for cooperation to implement the top court order giving possession of a church here to the Orthodox faction.

Several priests and faithful of the Jacobite faction staying inside the Church complex had threatened that they would jump into the river in front of the building, if they were removed forcibly.

The stand-off between the two factions had intensified following the Kerala HC directive to the police on Thursday to remove those belonging to the Jacobite faction from the premises of the church.

The court gave the directive to the police while considering a plea filed by the Orthodox faction seeking a direction to the Collector to take over the church and implement the apex court order.

The Orthodox faction reached the church on Wednesday to take possession of it after the Kerala HC directed the police to provide protection to their priests to conduct religious services in the church.

Even though the Supreme Court had nearly two years ago allowed the Orthodox faction to offer prayers at the church, members belonging to the rival faction allegedly prevented them from entering it.

The Orthodox faction had moved the high court after the state government failed to implement the top court order.

Welcoming the developments, the Orthodox faction said a ‘myth’ that the apex court order could not be implemented in Piravom church has been dispelled.

The Jacobite faction said they have lost almost all their places of worship due to the apex courtt order and urged the government to convene an all party meeting to discuss the issue.

In its 2017 verdict, the apex court had held that 1,100 parishes and their churches under the Malankara Church should be controlled by the Orthodox faction as per the 1934 Malankara Church guidelines.

Jacobite church followers have been accused of preventing access to the Orthodox faction, despite orders of the high court and the Supreme Court.

The Jacobite-Orthodox row dates back to 1912 and has led to violent clashes between the two groups in Kerala.

Several churches were closed due to litigation and violence.

Source: PTI© Copyright 2020 PTI. All rights reserved. Republication or redistribution of PTI content, including by framing or similar means, is expressly prohibited without the prior written consent.
Related News: Orthodox, Ernakulam, Piravom Valiyapalli, Supreme Court, Jacobite
SHARE THIS STORY
Print this article
'Shocked by church attacks, but our faith is strong' Anti-Christian acts: The myth and reality
'Many feel conversion is not the church's business 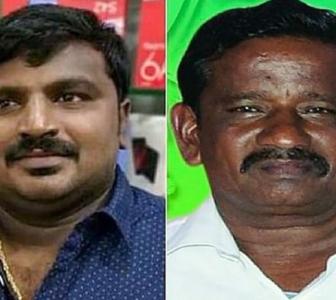 Pope Francis calls for MAJOR reforms in the Catholic church 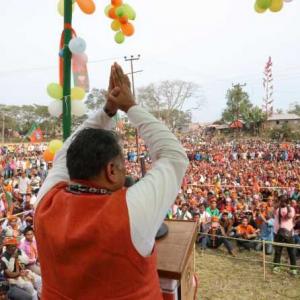