Researchers claim to have found spot where Caesar was stabbed

Source: ANI
October 11, 2012 14:18 IST
Researchers believe they have found the exact spot in Rome where Julius Caesar was stabbed to death on March 15, 44 BC.

They have revealed that the general was stabbed right at the bottom of the Curia of Pompey while he was presiding, sitting on a chair, over a meeting of the Senate.

Currently, the remains of this building are located in the archaeological area of Torre Argentina, right in the historic centre of the Roman capital.

The scientists got the clues from a concrete structure of three metres wide and over two metres high, placed by the order of Augustus (adoptive son and successor of Julius Caesar) to condemn the assassination of his father.

"We always knew that Julius Caesar was killed in the Curia of Pompey on March 15, 44 BC, because the classical texts pass on so, but so far no material evidence of this fact, so often depicted in historicist painting and cinema, had been recovered," said Antonio Monterroso, researcher from the Institute of History of the Center for Humanities and Social Sciences (CCHS-CSIC).

Classical sources refer to the closure (years after the murder) of the Curia, a place that would become a chapel-memory.

"We know for sure that the place where Julius Caesar presided over that session of the Senate, and where he fell stabbed, was closed with a rectangular structure organised under four walls delimiting a Roman concrete filling. However, we don't know if this closure also involved that the building ceased to be totally accessible," Monterroso said.

In Torre Argentina, in addition to the Curia of Pompey, researchers have started to study the remains of the Portico of the Hundred Columns (Hecatostylon). The aim is to identify what connecting links can be established between archaeology, art history, and cinema in these spaces of the death of Julius Caesar.

"We also aim to better understand that sense of closure and dismal place described in classical texts," Monterroso added.

The two buildings are part of the monumental complex (about 54.000 square metres) that Pompey the Great, one of the greatest military in the history of Rome, built in the capital to commemorate his military successes in the East around the year 55 BC.

Monterroso also stated: "It is very attractive, in a civic and citizen sense, that thousands of people today take the bus and the tram right next to the place where Julius Caesar was stabbed 2056 years ago or even that they go to a theatre, since the main theatre of the capital is the Teatro Argentina, which is equally close."

Here are Forbes' Highest Paid Athletes in the World

Chaos and jams at Delhi borders

Democracy loses when politicians 'take to the streets' 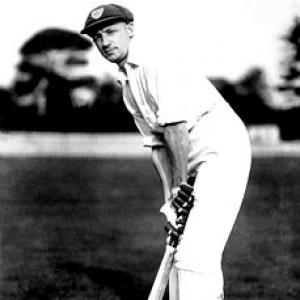