Delhi Chief Minister Arvind Kejriwal on Monday washed dishes in the Golden Temple's community kitchen as an apology after his Aam Aadmi Party drew flak for depicting the image of the Sikh shrine with the party symbol -- broom -- in its 'youth manifesto'. 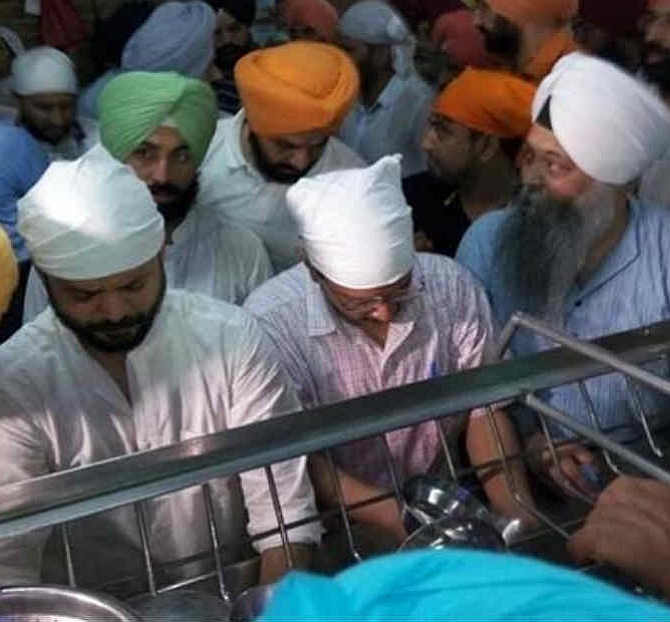 Kejriwal, who had arrived in Amritsar on Sunday night for his act of penance, scrubbed utensils in the community kitchen for

"I had come here for 'sewa' (voluntary religious service) to apologize if we had knowingly or unknowingly committed any mistake in our youth manifesto. I listened to the 'shabad kirtan' here that gave me immense pleasure. Now I feel peace of mind," he told media persons.

AAP spokesperson Ashish Khetan, who was booked under Section 295-A (for hurting religious sentiments) by the Amritsar police, was also with Kejriwal.

The AAP, which has been aggressively campaigning for Punjab Assembly polls due next year, courted controversy after the release of its youth manifesto in which the front page displayed the picture of party symbol broom along with that of Golden Temple that irked various Sikh religious and political outfits which demanded apology from Kejriwal.

Khaitan also faced trouble for comparing the party manifesto with the holy book of Sikhs -- Guru Granth Sahib -- and other religious books including Gita.

The AAP chief had earlier hit out at the ruling SAD-BJP combine, claiming they were feeling "jittery" due to impending success of AAP in Punjab and had hatched a conspiracy to defame the party. 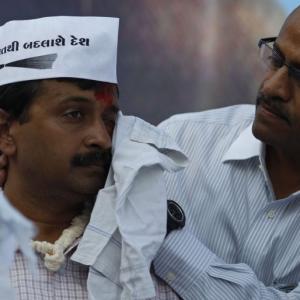