Alleging that the erstwhile National Democratic Alliance government at the Centre was responsible for lapses in Central Bureau of Investigation probe into Haren Pandya murder case, former minister Gordhan Zadafiya on Tuesday appealed to Gujarat Chief Minister Narendra Modi to ask the agency for a re-investigation.

"I believe 90 per cent of the investigation was done during NDA rule. I don't know how the CBI was used, but it was their (NDA's) responsibility," Zadafiya told mediapersons when asked about a possible "misuse" of the agency during NDA rule in connection with the case.

Appealing to Modi to take a call and approach CBI for reinvestigation, Zadaphiya said that "instead of blaming CBI, we need to find out who was directing the probe in Pandya murder and where were the crucial documents and evidence".

The Gujarat High Court had on Monday dropped murder charges against the 12 accused of killing former minister Haren Pandya in 2003 while upholding a trial court's verdict convicting them of criminal conspiracy and terrorism under the Prevention of Terrorism Act.

The High Court had also slammed the CBI, terming the investigations into the murder case as 'botched up' and 'blinkered.'

"And if CBI shows its unwillingness, Modi should approach the Supreme Court and get the case probed by a special investigation team," he said.

Pandya was shot dead on March 26, 2003, near Law Garden area of the city when he had gone for a morning walk.  CBI had stated in its charge sheet that the murder was carried out to avenge the 2002 riots.

Zadafiya, who parted ways with Bharatiya Janata Party and floated his own Mahagujarat Janata Party, also said it was likely that CBI was "misused" by NDA then, as it is being alleged by BJP about the Congress party now.

He also asked BJP and Jan Sangh workers to demand from their leader in Gandhinagar for reinvestigation in Pandya murder case.

"And if he does not agree, knock the door of leader in Delhi for it," he said.

Talking about the High Court's verdict overturning the trial court judgement, Zadafiya said it proved that the CBI probe was in the "wrong" direction and the accused were arrested under false charges.

"After the High Court judgement yesterday, the question still remains after over eight years of the incident, who killed Haren Pandya," he said. It is still not clear what was the motive behind the killing of the BJP leader who was just 42, Zadaphiya said.

"Rather than punishing the culprits, it is more important to get to those masterminds who were behind the conspiracy and know about the motive behind the killing," the former minister said.

Asked about the then Deputy Prime Minister Lal Krishna Advani's statement after Pandya's murder on March 26, 2003, that it was handiwork of terrorist organisations to  avenge the 2002 communal riots, Zadafiya said "I do not remember what Advani had said at that time".
Source: PTI© Copyright 2021 PTI. All rights reserved. Republication or redistribution of PTI content, including by framing or similar means, is expressly prohibited without the prior written consent.
Related News: Central Bureau of Investigation, Gordhan Zadafiya, National Democratic Alliance, Bharatiya Janata Party, Haren Pandya
SHARE THIS STORY
Print this article 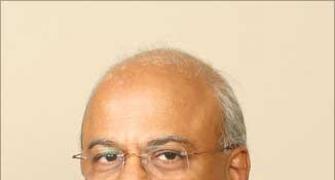