Hakimullah Mehsud-led Tehrik-e-Taliban Pakistan believes that since all decisions of the Pakistani government are influenced by the army, his organization will only talk with negotiators who represent the military and not the government. Tahir Ali reports

The Tehrik-e-Taliban Pakistan has shown eagerness in holding peace talks with the Pakistan government and stated that the outfit is seeking ‘serious and powerful mediators’ who can freely negotiate on behalf of the army.

Talking to rediff.com from an undisclosed location, TTP spokesperson Ihsanullah Ihsan said: “The government had made us an offer to come to the table for talks. We are serious about talking. But we will move after we see that our interlocutors are serious and the talks could be result oriented.”

He added, “We are ready for talks for the betterment of the Pakistani nation and for the sake of Islam. We have never rejected such offers in the past and we will never do so in the days ahead.”

Ihsanullah though did not seem very optimistic about any settlement with the government in the future.

He said, “Despite the attitude of the government which shows that it is not serious about the talks, will initiate it on our part so that people later do not blame us for not coming to the negotiating table. We were made an offer, we responded and now we are awaiting the government’s reply.”

Asked about whom the Taliban would like as mediators, he said, “We will negotiate through such negotiators who enjoy real power, who can make decisions and implement them. The negotiators will have to give us guarantees from the army’s side, not from the politicians’ side. The Pakistani army is superior to the government. So the middlemen will have to provide guarantees from the army side.” 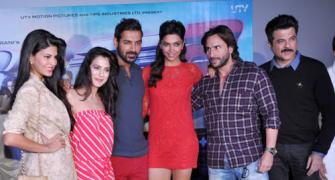