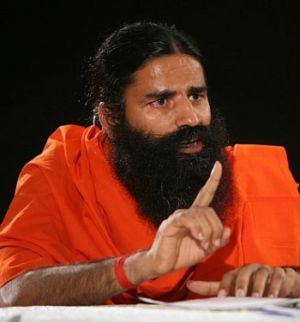 Ramdev's brother has been booked by Uttarakhand police for allegedly abducting a former employee of the yoga guru and thrashing him in captivity.

A complaint was filed by Somdutt on Monday against the yoga guru's younger brother Ram Bharat accusing him of abducting his grandson Nitin Tyagi, a former employee of Ramdev's Patanjali yogpeeth, and assaulting him, Kankhal police station Circle Officer Chandramohan Negi said.

Tyagi has been rescued and one person has been arrested in connection with his alleged abduction, he said.

On the basis of the complaint of Tyagi's grandfather, a case under sections 365 (Kidnapping or abducting), 342 (Punishment for wrongful confinement) and 323 (Punishment for voluntarily causing hurt) of IPC has been lodged against the yoga guru's brother who is still at large, he said.

Reacting to the development, Ramdev alleged that it was a "conspiracy" by the Congress as he was "exposing the party" during his tours.

Addressing a "Meet-The-Press" programme in Indore, he said that the case had been filed by the Uttarakhand government to defame him.

He said that his brother "is not an absconder" and that the police had so far not called him for interrogation.

Ramdev's chief spokesman S K Tijarawala alleged that Tyagi, who worked as a driver with Patanjali yogpeeth, had stolen machine parts worth Rs 25 lakh and other valuables about two years back.

He entered Patanjali Yogpeeth premises yesterday and was found under suspicious circumstances.

Tijarawal claimed Patanjali yogpeeth employees overpowered him and reported the matter to the police but no one arrived.

"When no one came and we were going to hand him over to the police, we were intercepted by police personnel on the way. Tyagi was taken into custody and instead of acting against him, a case of abduction was lodged against us," Tijarawala alleged. 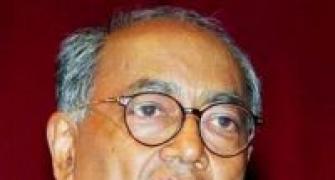 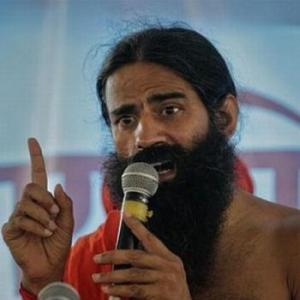 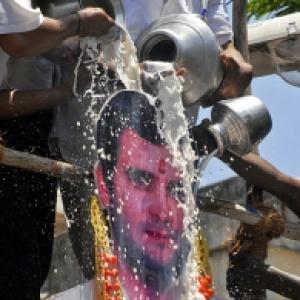 Innocent Rahul reads whatever is given to him: SP