The first day of the historic 250th session of Rajya Sabha saw a visible change with marshals standing beside the seat of the Chairman in the House wearing a military-style uniform. 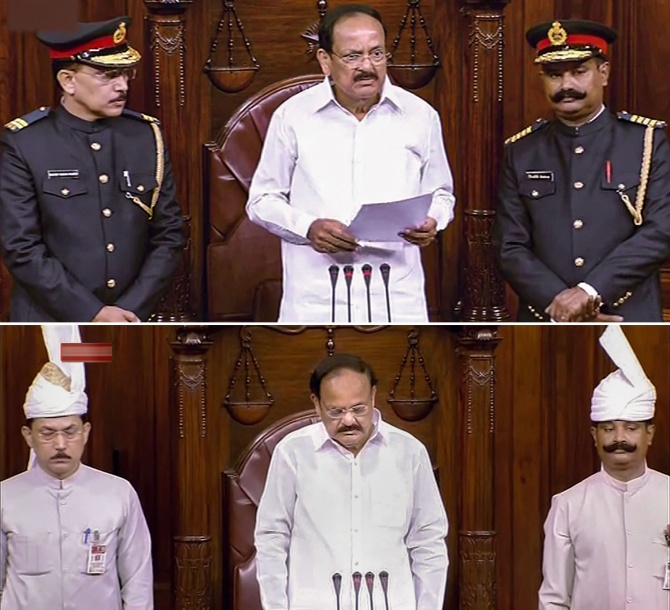 It was a marked change from the earlier uniform in which they wore a bandhgala and a safa.

The marshals wore a blue uniform with a military-style peak cap and stripes on shoulders. In summers, the marshals are likely to wear white uniforms which have a resemblance to the uniform of the Indian Navy.

Four marshals are always on duty among the pool of marshals when the House is in session.

Former army chief General V P Malik disagreed with the changes and expressed his views in a tweet.

"Copying and wearing of military uniforms by non-military personnel is illegal and a security hazard," he said and hoped that early action will be taken in the matter. 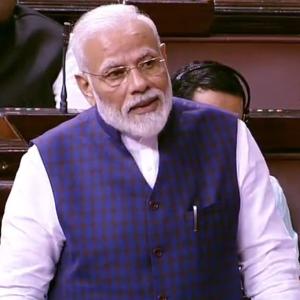 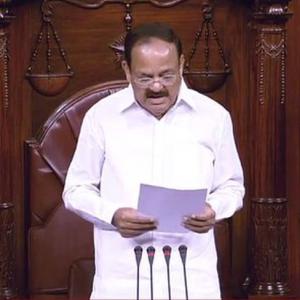