The battle within the Congress reached the Supreme Court Wednesday with the Rajasthan Speaker filing a petition against a high court order directing him to defer disqualification proceedings against sacked deputy chief minister Sachin Pilot and 18 other dissident Congress MLAs.

Pilot also filed a caveat in the Supreme Court to ensure that no orders are passed on Speaker C P Joshi's petition without hearing him and his supporting MLAs. 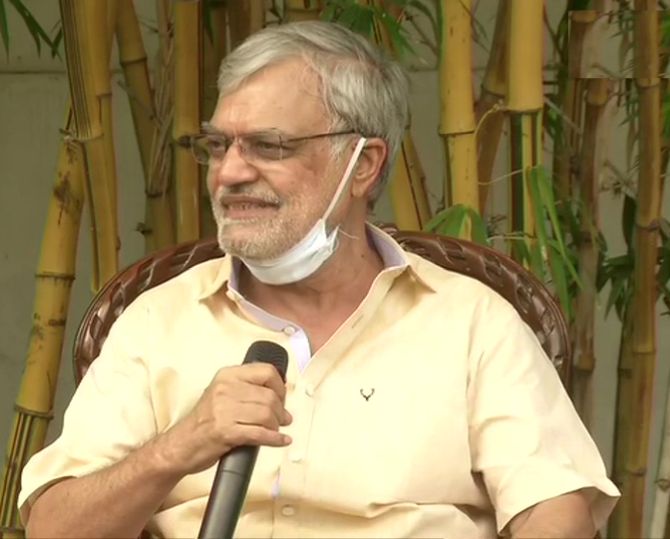 Seeking an interim stay on the high court order, Joshi's petition said it was the top court's duty to ensure that all constitutional authorities act within the 'Lakshman rekha' drawn for each one of them.

A bench of Justices Arun Mishra, B R Gavai and Krishna Murari will hear the plea on Thursday.

Amid the tussle for power in Rajasthan, the Enforcement Directorate conducted raids at the premises of Chief Minister Ashok Gehlot's brother as part of nationwide searches over an alleged fertiliser scam.

The Congress linked the raids targeting Agrasain Gehlot to the alleged attempt by the Bharatiya Janata Party to topple its government in Rajasthan.

"Prime Minister Modi has created a 'raid raj' in the country but we are not going to be scared," party leader Randeep Surjewala said.

Gehlot has written directly to Prime Minister Narendra Modi, alleging the involvement of his BJP in 'horse-trading' of MLAs in the state and naming Union minister Gajendra Singh Shekhawat.

'I am not aware to what extent this is in your knowledge or if you are being misled,' he said in the letter released to the media on Wednesday.

'History will not forgive those who participate in this deed.'

Pilot has also sent out a notice, asking Congress MLA Giriraj Singh Malinga to apologise -- and pay Re 1 as compensation -- for alleging that he was offered money to switch sides and join the BJP.

In Jaipur, Speaker Joshi said he was moving the Supreme Court to avert a constitutional crisis.

His petition argued that the disqualification proceedings under the Tenth Schedule of the Constitution are the business of the legislature, and cannot be interfered with.

The decision to move the apex court was taken the previous evening after the Speaker's office took note of an order from the Rajasthan high court, giving a 'direction' to him.

The order by the court of Chief Justice Indrajit Mahanty and Justice Prakash Gupta said its proceedings will resume Friday and requested the Speaker also to put on hold any action on the notices till then, recording that 'we direct accordingly'.

The show cause notices sent to the dissident MLAs by the Speaker had asked them to reply by 1 pm on July 17 why they should not be disqualified from the state assembly.

In the high court, the Speaker's counsel had twice before agreed to a 'request' to extend the deadline for receiving the replies.

But the problem arose Tuesday when the Speaker's office received the court order, suggesting it was a 'direction' rather than a 'request'.

"The Speaker had been extending (the deadline) on request. Why then was this word 'direct' there? This was discussed late last night and a decision was taken to file an SLP," a counsel to the Speaker told PTI.

The Speaker's notices followed a complaint from the Congress that the 19 MLAs had skipped two legislative party meetings, defying a whip.

The dissidents, however, argued that a whip cannot be issued when the assembly is not in session.

Their counsels have also challenged the validity of para 2 (1) (a) of the Tenth Schedule of the Constitution, a provision which says an MLAs who 'voluntarily gives up' the membership of the party he represents will be disqualified from the House.

The Speaker said circumventing the defined roles of an institution is a threat to parliamentary democracy.

"So, before we move towards a constitutional crisis, I thought it is appropriate that a petition be filed in the Supreme Court," he added.
Joshi said only show-cause notices were issued to the MLAs and no decision had been taken.

At the home of the Ashok Gehlot's brother at Mandore in Jodhpur district, Central Reserve Police Force personnel stood guard as ED officials carried out a search.

Officials said Agrasain Gehlot is the promoter of a seed and fertiliser company, Anupam Krishi.

The central agency, officials said, is searching at least six locations in the state, including the premises of a former Congress MP, who is alleged to have business ties with Agrasain Gehlot.

Raids are also being conducted in West Bengal, Gujarat and Delhi, they said.

The Congress has 107 members in the 200-member state assembly and the BJP 72.

If the 19 dissidents are disqualified, the half-mark in the House will be slashed to 91, seeming making it easier for Gehlot to retain majority support. 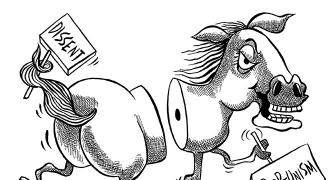 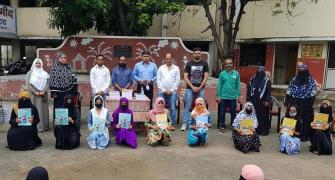 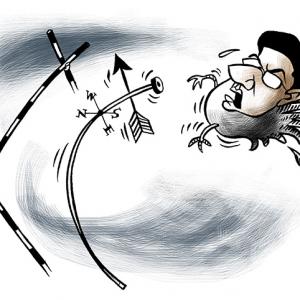 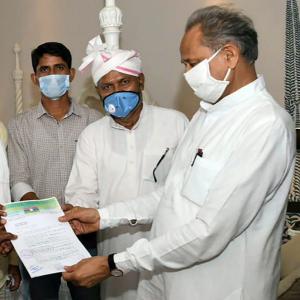