Rahul to follow Rajiv's path to connect with people

Rahul Gandhi and young leaders close to him are planning to connect with party workers on the ground and are preparing to embark on a nationwide yatra, reports Archis Mohan. 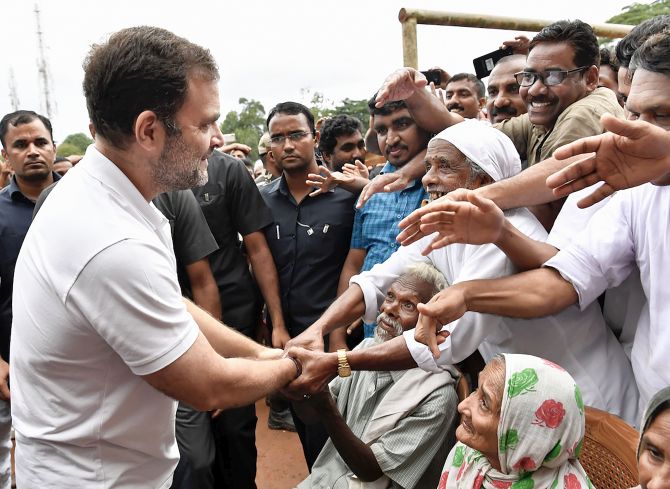 Outfoxed by veterans who are back in the limelight, former Congress chief Rahul Gandhi and young leaders close to him are planning to connect with party workers on the ground and are preparing to embark on a nationwide yatra.

The initial plan was to retrace the route of the 'sadbhavana yatra' that Rajiv Gandhi had undertaken in 1990.

The Congress, under Rajiv’s leadership, had lost the Lok Sabha polls a year earlier.

So, in a bid to reconnect with the people at large, he had travelled to several cities across India in second-class rail compartments.

The official beginning of the campaign was on the birth anniversary of Mahatma Gandhi on October 2, with Rajiv and Sonia Gandhi paying tributes to the Father of the Nation at Rajghat before a roadshow in the walled city of Delhi.

Rahul’s team had initially planned he should embark on his yatra on October 2.

His team believed Rahul should keep a low profile until the ‘provisional’ party chief initiates the process to elect a full-time president.

The team had hoped the ‘provisional’ president would be someone young.

This would allow Rahul and others to have a decisive say in party affairs.

However, the new dynamics in the party, with Sonia Gandhi appointed the “provisional” party chief on Saturday, meant veterans are back in charge.

This has prompted Rahul’s team to suggest that he begin his campaign from August 20, the birth anniversary of his father, to connect with party workers.

Apart from Rahul, leaders like former Lok Sabha MP Meenakshi Natarajan are also preparing to follow their leader’s example to travel across India in sleeper class coaches to connect with the people and Congress workers.

There are discussions within his team if Rahul should visit pilgrimage spots that Hindus consider holy, or areas that were venues of key events during India’s freedom struggle.

This includes the Mahatma’s birthplace in Porbandar, Bardoli, where Sardar Vallabhbhai Patel led a farmer’s agitation, or Gandhi’s ashram in Wardha.

Rajiv, during his campaign, visited Ayodhya in October 1990, and also Champaran in Bihar as a tribute to the Gandhi-led agitation to protest exploitation of indigo farmers.

If Rahul embarks on his campaign in October, state units in Jharkhand, Haryana and Maharashtra would expect him to visit these states to address public rallies since these three states are going to polls in October, sources said.

On Tuesday, she was visiting Sonbhadra to express solidarity with families of the victims of tribals killed over a land dispute on July 17.

On Monday, Rahul was in his Lok Sabha constituency in Wayanad, Kerala.

He visited the flood-hit areas and said he has spoken to Prime Minister Narendra Modi to seek central funds for the state. 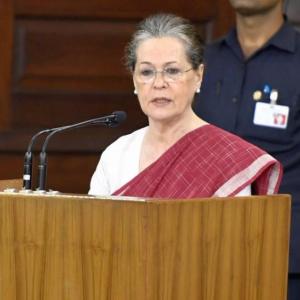