Stepping up his attack on Prime Minister Narendra Modi over the Rafale issue, Congress president Rahul Gandhi on Wednesday cited a media report to claim that the PM’s argument of better pricing and faster delivery of the jets to defend the deal has been “demolished”. 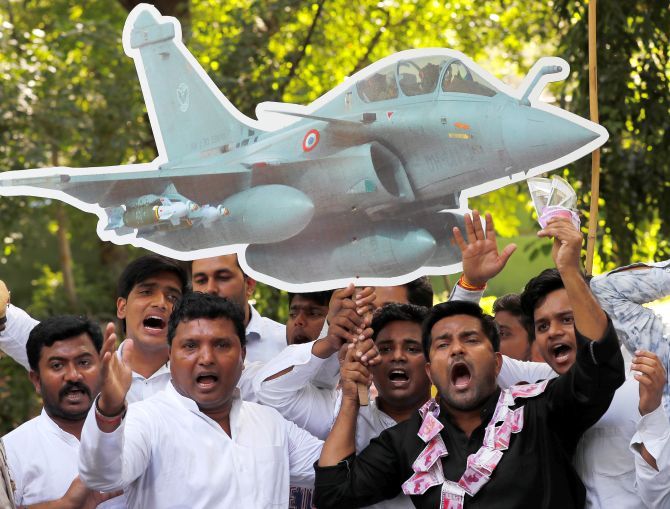 His attack came after a report in The Hindu which claimed that the Rafale deal was not on “better terms” than the United Progressive Alliance-era offer.

“The PM defended his personal RAFALE bypass deal on 2 counts: 1. Better Price 2. Faster Delivery. Both have been demolished by the revelations in the Hindu today,” he tweeted.

The government has in the past rejected all such allegations and claims against the deal.

Three senior Defence Ministry officials who were the domain experts on the seven-member Indian Negotiating Team came to a “well-substantiated and clear conclusion” that the Narendra Modi government’s new Rafale deal for 36 flyaway aircraft was not on “better terms” than the offer made by Dassault Aviation during the procurement process for 126 aircraft under the United Progressive Alliance government, the report in the English daily said.

Surjewala highlighted four points citing the report -- price of 36 Rafale jets was 55 per cent higher than the UPA-era offer, loss incurred by not taking 25 per cent discount for Rafale as offered by Eurofighter, bank and sovereign guarantee waived, and no aircraft for 10 years with escalation cost to be paid.

The Congress’ attack came a day after, Gandhi accused the prime minister of “treason” and violating the Official Secrets Act by acting as Anil Ambani’s “middleman” in the Rafale jet contract, citing an email to claim the businessman was aware of the deal days before India and France finalised it.

The Bharatiya Janata Party, however, had rejected the charge, saying the email purportedly by an Airbus executive referred to a helicopter deal and not Rafale.

Reliance Defence, in a statement, also refuted Gandhi’s allegation saying the “proposed MoU” mentioned in the email referred to its cooperation with Airbus Helicopter. 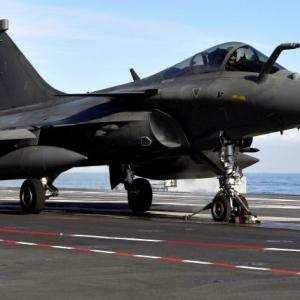 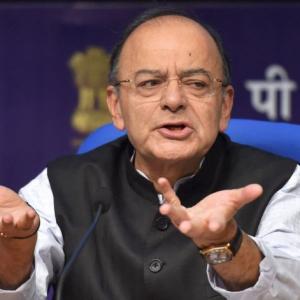 Jaitley: Cong peddling lies on Rafale to save 'sinking dynasty'