Rahul Gandhi may get a makeover soon

Within the Congress there is growing conviction that Rahul has to be seen and projected as the face that drives social welfare programmes, reports Renu Mittal 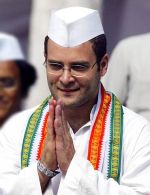 Congress leaders are toying with several ideas to lift the morale of the party and the government. They are finding ways to make glamorous Rahul Gandhi's much-talked about promotion.

To give Rahul Gandhi a much needed edge and project him as a leader who feels for the 'aam admi', a proposal has been debated to form a separate ministry of 'social development' which would draw in part from various ministries like social welfare, tribal and dalit welfare, rural development to give a holistic feel to the entire issue of social development and infrastructure, say highly placed sources in the government.

If the government can successfully carve out this ministry and give it a new shape that will address concerns under one roof rather than files having to move from separate ministries, sources say, Rahul Gandhi would head such a ministry.

It is felt that if at all such an idea is accepted then the creation of such a ministry would act as a balancing factor, since the prime minister and his core team of key ministers are primarily concerned with reforms, investment, business and look more towards the Western world for approval, follow the guidelines of the world bank and the policies being pushed by the West to bring in more and more FDI in retail, which is perceived to be, at the cost of the common man.

While both Sonia and Rahul Gandhi have backed FDI and spoken of the need for investment and development, they have also balanced it by bringing in social sector programmes that led to UPA I connecting with the people and the Congress getting re-elected to power.

Schemes like NREGA (National Rural Employment Guarantee Act), waiving off loans of farmers, RTI, played a big role in the Congress coming back to power. Most of the suggestions came from the Sonia Gandhi-led National Advisory Council and many of the initiatives were initially opposed by Prime Minister Dr Manmohan Singh until they were pushed through by the Congress President.

With the party and the government rocked by scams and scandals on a daily basis, the cutting of subsidies and the increase in prices of essential commodities, petrol, diesel, cooking gas etc appears to have hit the Congress hard, with the party looking for a flagship programme that would offset these losses and give them an edge in the next election as far as the poor and marginalised sections are concerned.

It is learnt that with the government looking shaky, with no guarantees that it would survive its full term, Sonia Gandhi has made it clear that the Food Security Bill, her pet project which is being opposed by various sections in the government including Manmohan Singh and Sharad Pawar, should be passed in Parliament at the earliest so that the Congress has a weapon with which to approach the people and ask for votes.

The standing committee for food and consumer affairs that is chaired by the Congress MP Vilas Muttemwar has begun discussions on the food security bill on a war footing. Even on Friday, the committee was involved in day-long deliberations and it has received over 60,000 letters and suggestions from various places either opposing or supporting the proposed bill with many suggestions having also been given on recommended changes.

Agricultural scientist Swaminathan has already appeared before the committee amongst others to give his suggestions and advice along with a number of other renowned experts.

Sources say that Vilas Muttemwar's instructions are clear: the bill has to be made ready, it has to come and the sooner the better. It would be a BIG Ticket agenda which could give the Congress a much needed breathing space as it struggles to return to the pre-UPA II days when the social charter mapped out by Sonia Gandhi won Congress over 200 seats.

The Congress party has taken serious objection over the ham-handed manner in which LPG subsidy was cut by the government resulting in the widespread perception that the government had become anti-people and anti-poor. There is now a proposal to increase the annual subsidised cylinders from six to 12 after the huge hue and cry. However, the serious debate has not started for it.

Within the Congress, the conviction is growing that Rahul has to be seen and projected as the face which drives the social welfare programmes, a leader who is grounded in the realities of an India that needs growth and development but also needs its poor, its women, its tribals and its dalits protected and nurtured rather than a leader who believes in only India shining and India glowing.

It's a tough call, say leaders in the Congress but the attempt to groom and project a Rahul with a social conscience is very much on the list of the party's priorities. 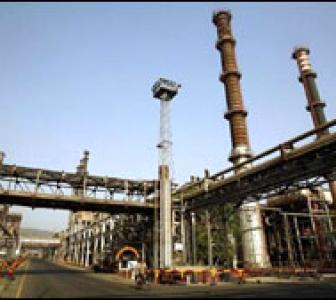 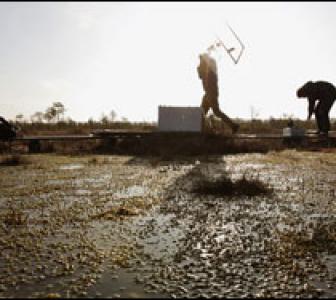 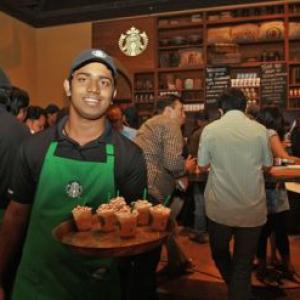