Deepak Mundi, along with two of his associates, was arrested in a joint operation with the Delhi Police and central agencies from the West Bengal-Nepal border, Punjab Director General of Police Gaurav Yadav said.

The two associates have been identified as Kapil Pandit and Rajinder, and they have been accused of providing logistic support and weapons to the shooters.

"In a major breakthrough, @PunjabPoliceInd , in a joint operation with central agencies & #DelhiPolice, have arrested Deepak @ Mundi, absconding shooter of #SidhuMoosewala, with 2 associates. Major victory in war against drugs & gangsters on directions of CM @BhagwantMann," the DGP said in a tweet.

Shubhdeep Singh Sidhu, popularly known as Sidhu Moosewala, was shot dead in Punjab's Mansa district on May 29, a day after the state police had pruned his security cover on a temporary basis.

He, along with his friend and cousin, was driving to Jawahar Ke village in Mansa when six shooters waylaid his vehicle and sprayed bullets into him.

After the killing, Canada-based gangster Goldy Brar, who is a member of the Lawrence Bishnoi gang, had claimed responsibility for the murder.

While the special cell of the Delhi Police had nabbed Fauji, Kashish and Sersa, the Punjab Police neutralised Roopa and Manpreet in an encounter in Amritsar.

In the 1,850-page chargesheet filed in a Mansa court last month, the Punjab Police had said Brar had coordinated with gangsters Lawrence Bishnoi, Jaggu Bhagwanpuria and some others to execute Moosewala's killing.

According to the chargesheet, Brar had given the information on Moosewala's security withdrawal to the shooters and had asked them to hurry up and kill him.

The Canada-based gangster had executed the murder plan to avenge the killing of Akali youth leader Vicky Middukhera, who was killed last year.

The name of Shaganpreet Singh, who was said to be Moosewala's manager, had figured in Middukhera's murder. 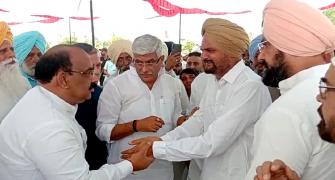 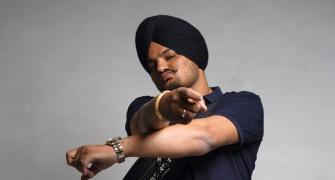 Moosewala was shot from up-close, 25 bullets hit him