In what is seen as a show of strength, nearly 60 Congress MLAs gathered at the residence of new state party chief Navjot Singh Sidhu in Amritsar on Wednesday, amid suspense over a possible truce between him and CM Amarinder Singh. 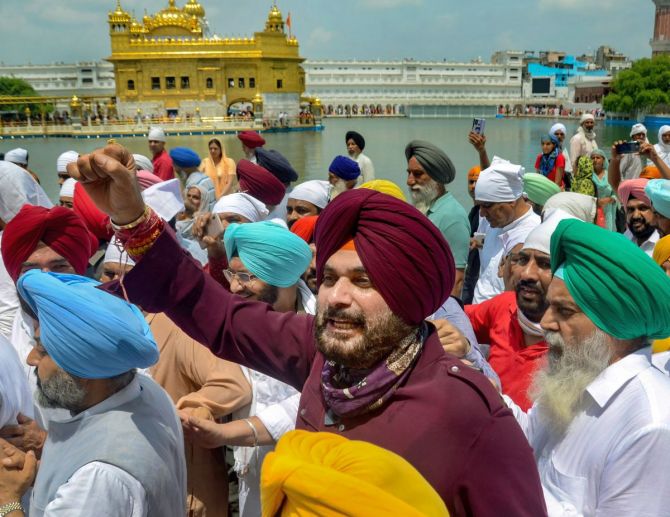 The Congress has 80 MLAs in the state assembly.

The chief minister was also averse to his appointment as the state Congress chief. After Sidhu's elevation, the CM had said that he won't meet him until the cricketer-turned-politician apologises for his "derogatory" tweets against him.

The MLAs joined by Sidhu boarded luxury buses and went to pay obeisance at the Golden Temple, where a large number of Congress supporters gathered.

They also went to the Durgiana temple and Ram Tirath Sthal in Amritsar.

After paying obeisance at the Golden temple, Jakhar told reporters, “We sought blessings for a prosperous Punjab, in which we all contribute together.”

On Chief Minister Amarinder Singh's stance that he will not meet Sidhu till he publicly tenders an apology, some MLAs said there was no need for it.

Minister Randhawa, who was behind organising things in Amritsar, told reporters he was surprised at the “behaviour” of the chief minister.

Sidhu's elevation as state unit chief has to be respected and accepted by all, irrespective of whatever differences there might have been in the past, he said.

Randhawa said even senior leader Partap Singh Bajwa and Sukhpal Singh Khaira earlier were at loggerheads with Amarinder Singh but now they have sunk their differences.

“Why can't the chief minister sink his differences with Sidhu,” Randhawa asked.

MLA Kuljit Singh Nagra said Sidhu will formally assume the charge of the state party chief at Chandigarh on Friday and expects the chief minister to be present at the event.

Amrinder Singh Raja Warring said, "I think at this level, leaders should not ask each other to apologise."

Pargat Singh also said there was no need for Sidhu to apologise.

"I have always said it cannot be a fight between personalities. The fight was about issues," said Pargat, a former India hockey captain.

On Tuesday, scores of Congress workers and Sidhu supporters had accorded a warm welcome to Sidhu when he arrived here after being appointed the state party chief.

The party workers have put up posters of Sidhu at many places in the city.

Some party MLAs and supporters here claimed that nearly 60 legislators reached here after they were asked by Sidhu to reach Amritsar for paying obeisance at the Golden temple and other shrines.

MLA Madan Lal Jalalpur told reporters, “The 2022 elections will be won by the Congress in Sidhu's name and because of him. Today, entire Punjab wants him.”

“There is great enthusiasm among party workers after Sidhu's elevation. Our vote share will certainly go up,” he said.

The media adviser also said there was no change in stance, asserting that the CM will not meet Sidhu till he publicly tenders an apology for his “derogatory” tweets against him.

However, Jalalpur said there was no need for Sidhu to apologise, saying he is now the president of the state Congress.

There has been no reaction from the CM over Sidhu's elevation as the state Congress chief.

Earlier, senior Congress leader and cabinet minister Brahm Mahindra had ruled out any personal meeting with Sidhu till he resolves his issues with Chief Minister Amarinder Singh.

After taking over as the state unit chief of the Congress, Sidhu had talked about the Punjab model, saying it will make the state prosperous again.

“An 18-point programme given by the Congress high command will make every Punjabi a shareholder and the power given by the people be returned in the shape of development,” he had said. 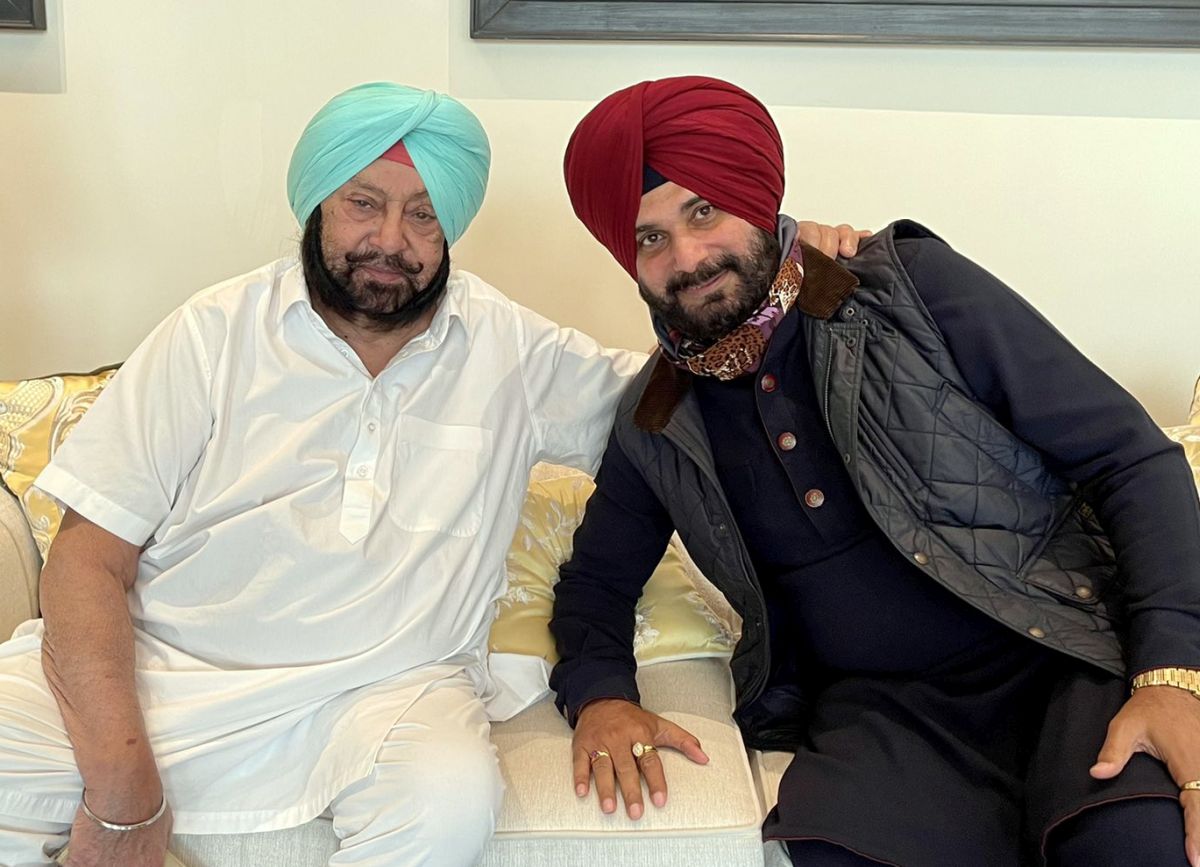 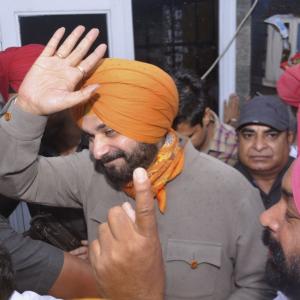