A meeting of the Congress Central Election Committee for Punjab assembly elections took place on Thursday through video conferencing in which discussion was held to finalise candidates. 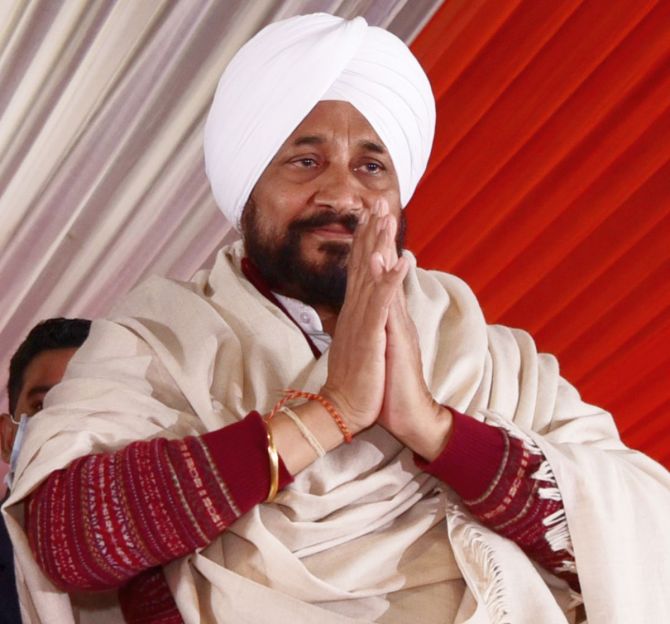 IMAGE: Punjab Chief Minister Charanjeet Singh Channi during a rally ahead of the assembly elections in Patiala. Photograph: ANI Photo

The first list of Congress candidates for Punjab polls will be out soon.

According to sources, the Congress has finalised the list of more than 70 candidates which include a large number of sitting MLAs.

Another round of the CEC meeting will be held and the first list of Congress candidates is likely to be announced on Friday.

A top source in the Congress informed that the party is keen to field Channi from two seats in two different regions of Punjab.

"Apart from Chamkaur Sahib assembly seat which comes in Maajha region of Punjab, the Congress is all set to field CM Channi from Adampur assembly constituency which falls in the Doaba region where a large number of seats have a chunk of Dalit votes who are a deciding factor in the region. Along with that, it will not be a surprise to see sitting MPs as candidates for assembly polls," the source added.

Congress MP Jasbir Singh Gill said that he is keen to fight if the party wants to field him for assembly polls.

"We are keen to fight if the party wants us to field for assembly polls, but it can be decided by party interim president Sonia Gandhi. If she will ask me to contest the polls, I will definitely fight the polls," Gill said.

Another Congress MP on the condition of anonymity said, "Yes, there is a discussion on fielding MPs like Pratap Singh Bajwa whose tenure is ending in March from Rajya Sabha."

When asked why Congress wants to field its sitting MPs in Assembly polls, the Member of Parliament replied that the aim behind putting them is to make the battle serious and build up the perception that the party wants to win the elections.

The MP gave the example of Trinamool Congress in West Bengal assembly polls where more than a dozen sitting MPs were fielded.

The assembly polls in Punjab are scheduled to take place in a single phase on February 14.

The votes will be counted on March 10.

In the 2017 Punjab assembly polls, the Congress won an absolute majority in the state by winning 77 seats and ousted the SAD-BJP government after 10 years.

The Shiromani Akali Dal could only manage to win 15 seats while the BJP secured three seats. 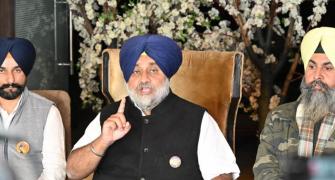