News
Business
Movies
Sports
Cricket
Get Ahead
Money Tips
Shopping
Sign in  |  Create a Rediffmail account
Rediff.com  » News » 'In one week, I realised it was a mistake to join the BJP'

'In one week, I realised it was a mistake to join the BJP'

'People of my constituency told me they will continue loving me, but will not vote for me if I am with the BJP.' 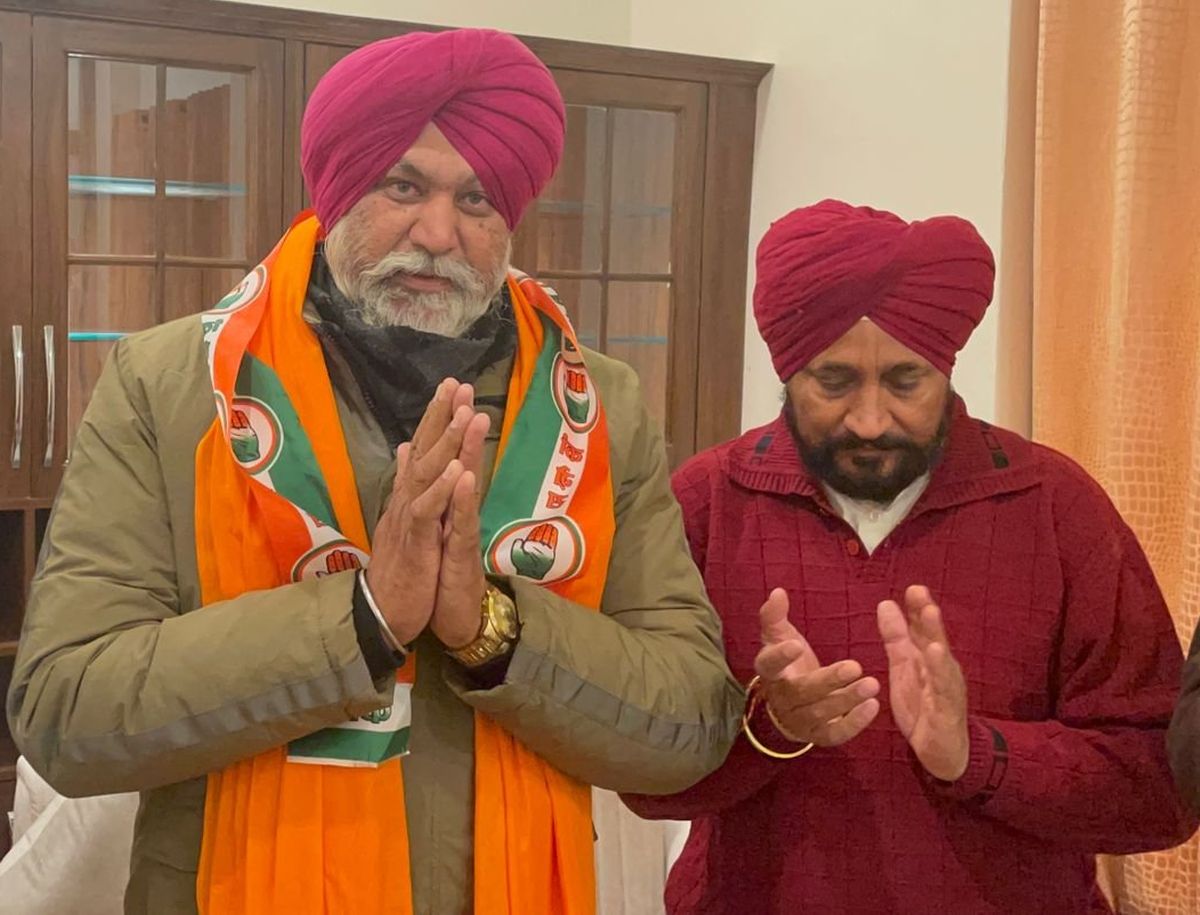 'A week is a long time in politics,' Wilson, then the British prime minister, had famously stated, and Laddi has just lived up to it.

A week ago, on December 28, 2021, Laddi had quit the Congress to join the Bharatiya Janata Party.

On January 3, he quit the BJP and rejoined the Congress.

"In one week, I realised it was a mistake to join the BJP. There is anger in my constituency against the BJP over the three farm laws introduced by the Narendra Modi government," Laddi tells Syed Firdaus Ashraf/Rediff.com.

The controversial farm laws were repealed by the Modi government on the first day of the winter session of Parliament, so why are farmers still upset with the BJP?

"In my constituency, Sri Hargobindpur, the farmers and workers are still upset with the BJP over the farm laws. Anger against the BJP has not receded though they have withdrawn the laws," explains Laddi.

Didn't he realise it before joining the BJP?

"I joined the BJP thinking that they will set up big industries in my constituency after the elections. However, I never imagined that the anger against the party on the ground is so huge," confesses Laddi.

"People of my constituency love me very much. They told me that they will continue loving me as a person but will not vote for me if I am with the BJP," Laddi says, adding, "This all happened in just one week. My party workers pleaded and cried stating that I cannot go to the BJP after quitting the Congress."

"If the people of Punjab don't want the BJP, what can a single MLA like me do? Therefore, I decided to go back to the Congress."

Laddi joined the BJP with another Congress MLA from Qaidan, Fatehjang Singh Bajwa, on December 28 in New Delhi.

They were welcomed by Union Minister Gajendra Singh Shekhawat, the BJP's point person for Punjab. 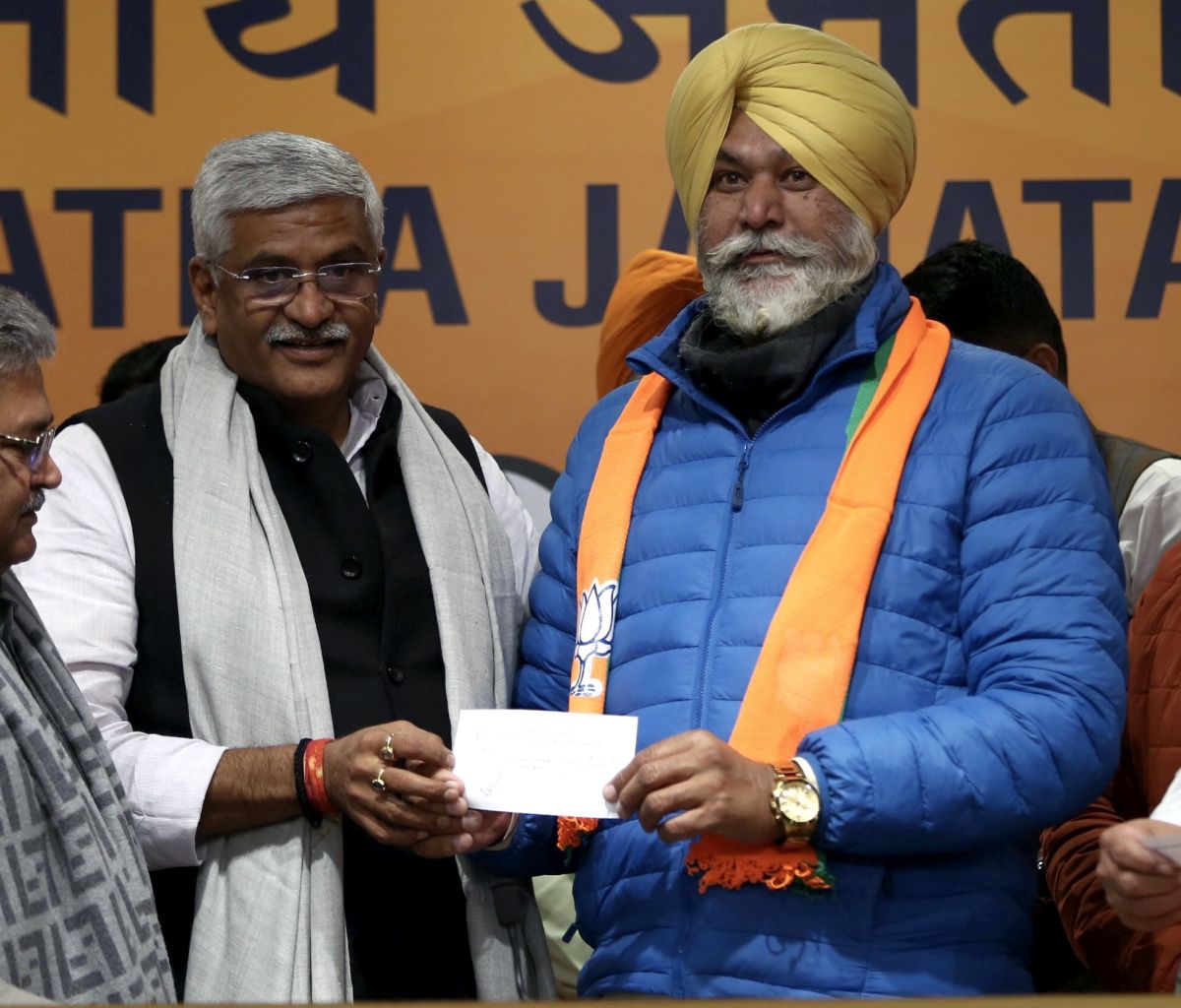 Will former Punjab chief minister Captain Amarinder Singh (retd), make a difference to the BJP's prospects by allying with them?

"The BJP is trying very hard. They are focusing 100 per cent on bringing their party in power in Punjab, but it is not working," says Laddi.

"The people of Punjab are not welcoming BJP workers in their homes. They are still upset over the three farm laws," Laddi adds.

"It will take more time for the BJP to win back the trust of people of Punjab. The central government will have to announce some major sops for the farmers of Punjab. Only then will be some positive news for the BJP in Punjab."

Laddi insists no one from the Congress opposed his re-entry.

"They called me back. The Congress wanted me back, therefore I came back," he says.

Laddi downplays the pre-election opinion polls which do not give the Congress a clear victory mandate.

"Captain sahab (Captain Amarinder Singh, the former Congress chief minister who has set up a new party and has an electoral alliance with the BJP) has his own image and standing among the people of Punjab. There was some problem initially after his exit, but now the Congress has overcome that. The party will surely win Punjab," Laddi says.

Laddi also pooh-poohs opinion polls which give the Aam Aadmi Party a good chance of becoming the single largest party in the Punjab assembly elections.

"They (AAP) claimed they will win an absolute majority in the last elections too, but that did not happen," says Laddi. "Even now they are claiming so, but the reality is that they are not winning." 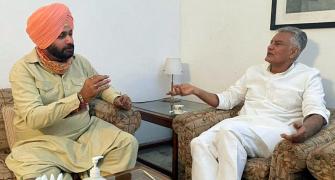 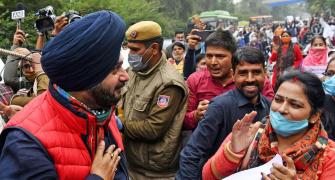 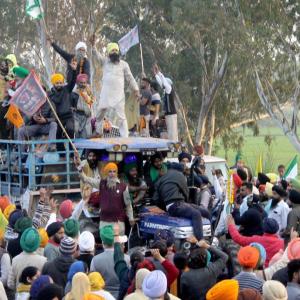 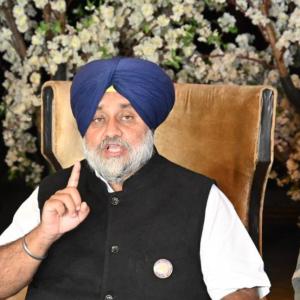