A Punjab Police team visited the Ghaziabad home of former Aam Aadmi Party leader Kumar Vishwas, days after he was booked over his 'inflammatory statements' against party chief Arvind Kejriwal ahead of the state assembly polls. Vishwas shared information about the police team reaching his home in a tweet on Wednesday.

The case against Vishwas was registered in Rupnagar town's Sadar police station on April 12.

The former AAP leader ahead of the elections had accused Kejriwal of supporting separatists.

"We have registered a case under relevant provisions of the law against Kumar Vishwas," Senior Superintendent of Police Sandeep Garg said over the phone.

In a notice, Vishwas has also been asked to produce evidence to support his allegations.

According to a police statement, an AAP supporter in a complaint to them said Vishwas gave 'inflammatory statements' against

The complainant claimed that when he was roaming in the villages along with AAP supporters for the redress of people's grievances, some unknown masked men stopped them and called them Khalistani.

'As a result of these statements and videos, the peaceful atmosphere of the state of Punjab is likely to be disturbed,' alleged the complainant.

'As part of the investigation, a notice has been served upon Kumar Vishwas to produce whatever evidence he has to support his allegations,' said police in the statement.

The FIR has been registered under various Sections, including 153-A (promoting enmity between different groups on grounds of religion, race, place etc), 505 (whoever makes, publishes or circulates any statement, rumour or report), 120-B (criminal conspiracy) of the Indian Penal Code and 125 of the Representation of People Act.

The matter is under investigation, said police. 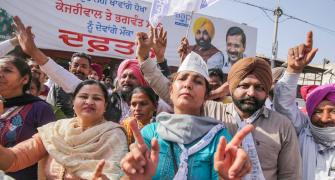 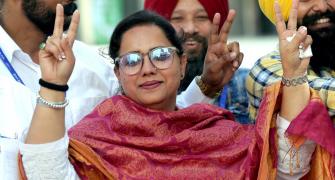 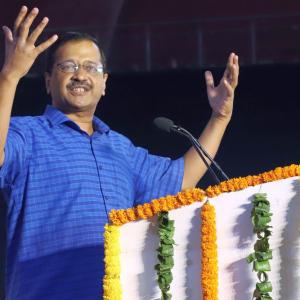 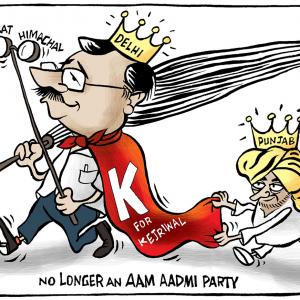