At least 23 people were killed and 27 injured in a blast at a firecracker factory located in a residential area here on Wednesday, officials said. 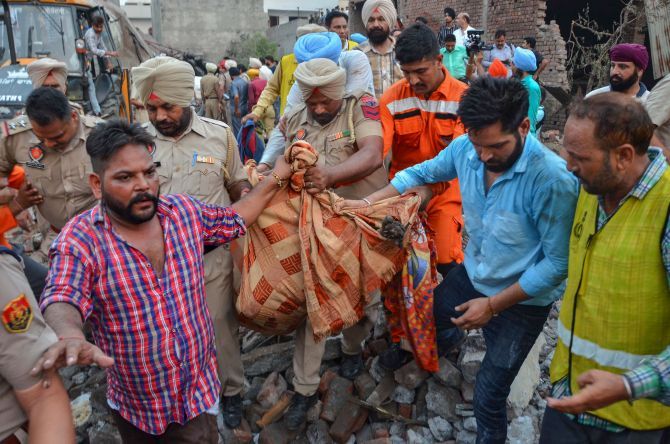 Several people were feared trapped under the debris of the factory building in this town in Gurdaspur district and rescue workers were looking for survivors till late in the evening.

The explosion also damaged buildings nearby, shattering windowpanes and even bringing down the roofs of a couple of them. The explosion was heard kilometres away, local residents said.

Batala Senior Medical Officer Sanjiv Bhalla said, "A total of 23 people have died in the blast."

Eyewitness Sukhraj Singh said one car landed in a drain because of the impact.

Another Batala resident Rajpal Khokkar was passing by after a visit to a nearby gurdwara when the explosion took place. 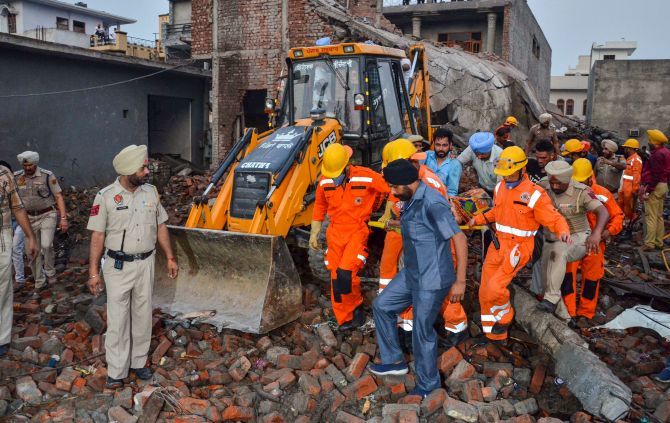 "When I heard the loud blast, I fell down. When I gained consciousness, I found myself in hospital," he said.

Sahib Singh had just left the factory after buying crackers. The blast left him unconscious.

Another man, Sukhdev Singh, said two others who were with him to buy crackers died in the blast.

It is also feared that some family members of the factory owner have also been killed in the blast.

President Ram Nath Kovind expressed grief. 'Saddened to learn about the loss of lives due to an explosion at a firecracker factory in Batala, Punjab,' he tweeted. 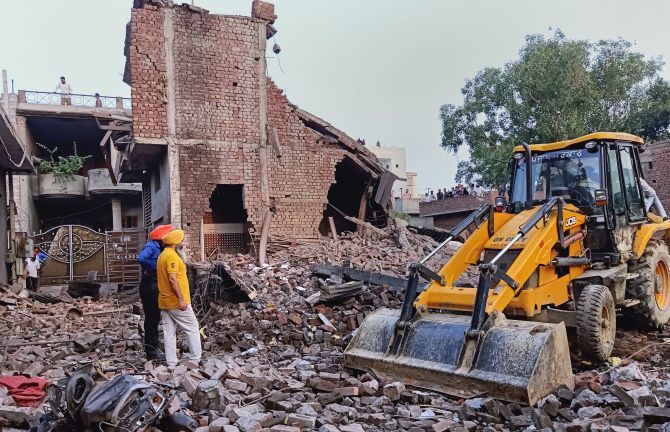 Gurdaspur Deputy Commissioner Vipul Ujjwal said the immediate priority of the administration was to save those who may be trapped under the debris.

"We are trying to find out if anyone is missing," he said.

According to local residents, a blast had taken place in the same factory in 2017.

Some of the residents claimed that several complaints have been filed with the district administration in the past, asking that the factory to be closed down.

To a question by reporters, the deputy commissioner said the factory owner had applied for the license but its status was yet to be checked. 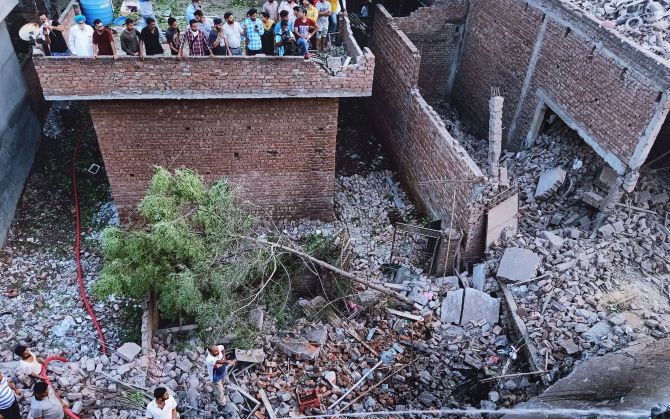 Additional Deputy Commissioner (Batala) has been asked to conduct the probe, an official release said.

"Deeply anguished to learn the loss of life due to the blast in the firecracker factory in Batala. Rescue operations are underway with the DC and the SSP heading relief efforts," the chief minister tweeted.

Gurdaspur MP Sunny Deol said he was saddened by the tragedy. 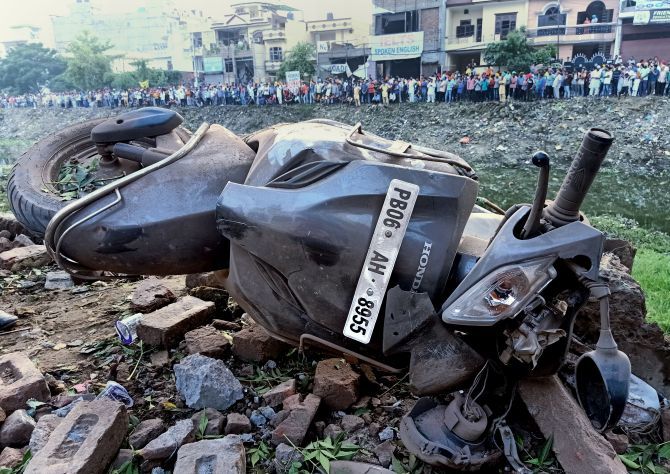 He also told the deputy commissioner to provide the best possible treatment to the injured free of cost, the state government said.

The entire city was in festive mood for the celebrations, while tight security arrangements had been made for the same.

An ex gratia relief of Rs 2 lakh each has been announced for relatives of those killed.

The Punjab government said the seven severely injured referred to the Amritsar medical college will get Rs 50,000 each. Those with minor injuries will get Rs 25,000 each.

Amarinder Singh directed both the civil and police administration to extend all possible help to the victims' families. 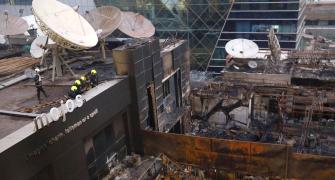 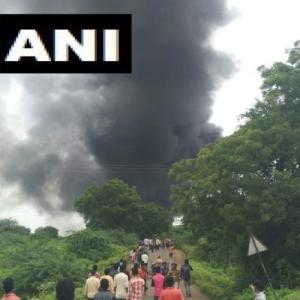