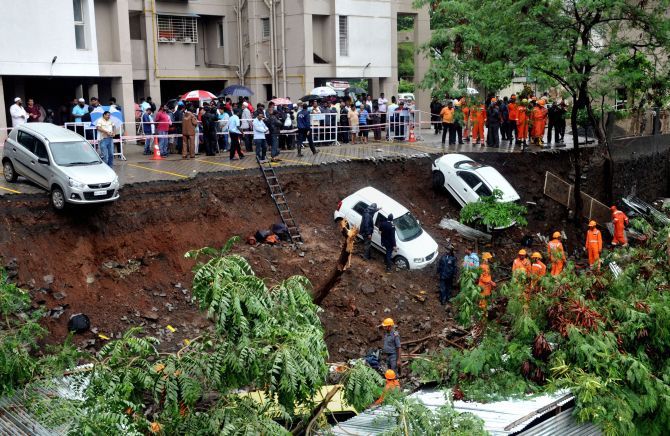 The residents of Alcon Stylus alleged on Saturday that they had warned the developer of the housing society about the dangerous condition of the retaining wall of one of the buildings five months ago, but no action was taken.

A portion of the wall collapsed early on Saturday morning and fell on the nearby shanties of construction workers, killing 15 persons.

The housing society is located in the Kondhwa area in Pune.

"We had a meeting on February 16 with Vivek Agarwal (a partner at Alcon Landmarks) over the pending works. We highlighted the condition of the wall, told him that it was tilting outward and its construction quality was not satisfactory," a resident of the housing society said.

The Minutes of Meeting (MoM) were sent to the developer firm by an e-mail later, he added. PTI has a copy the minutes.

However, director of Alcon Landmarks Jagdish Agarwal subsequently told them that the wall was safe and if anything happened, he would take care of it, the resident claimed.

"We have forwarded the e-mail communication with the builder to the Pune Municipal Corporation and police," another resident said.

The police on Saturday registered a case of culpable homicide against Jagdishprasad Agarwal, 64, Sachin Agarwal, 34, Rajesh Agarwal, 27, Vivek Agarwal, 21, and Vipul Agarwal, 21, of Alcon Landmarks, and Pankaj Vora, Suresh Shah and Rashmikant Gandhi of the Kanchan Royal Exotica project for which excavation work was going on.

It is believed that the excavation weakened the base of the wall of Alcon Stylus. 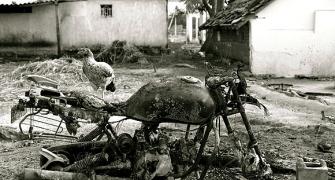