A protest began in front of Sri Lanka's Trincomalee naval base on Tuesday after reports emerged that former prime minister Mahinda Rajapaksa and some of his family members were there after leaving the official residence in Colombo, a media report said. 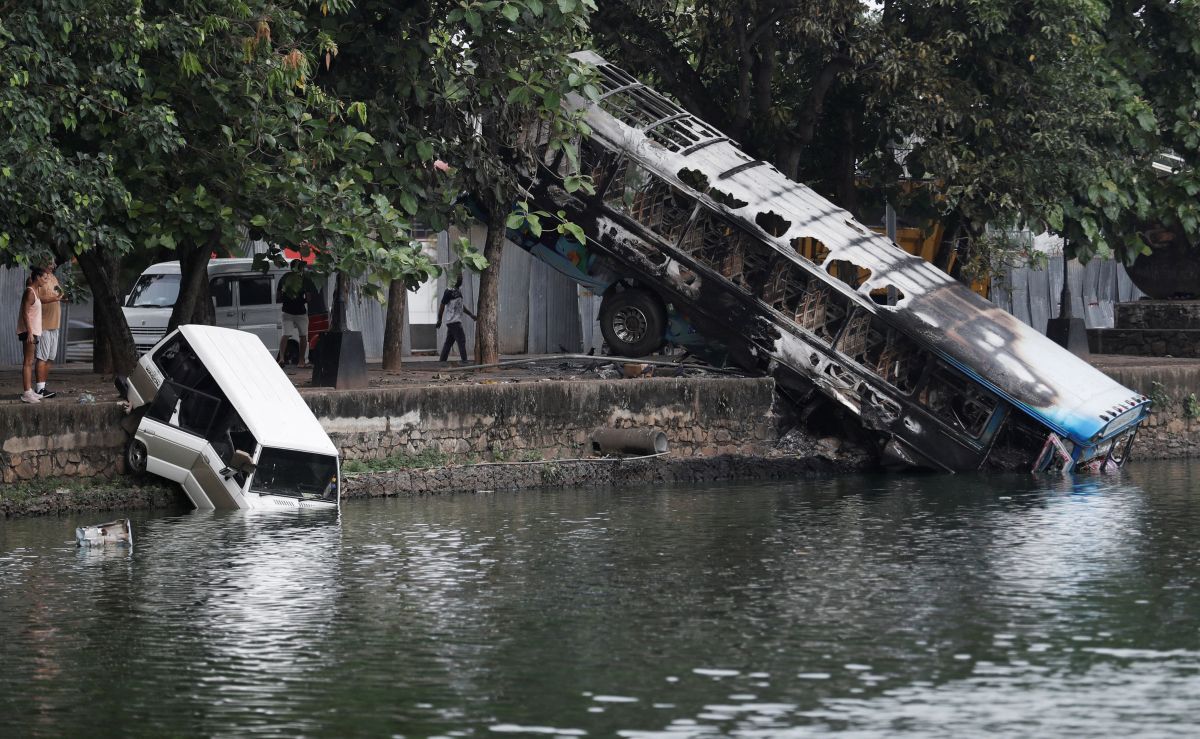 IMAGE: Vehicles of Sri Lanka's ruling party supporters are seen in a lake after being pushed into the water during a clash of pro and anti-government demonstrators near the Prime Minister's official residence, amid the country's economic crisis, in Colombo, Sri Lanka, May 10, 2022. Photograph: Dinuka Liyanawatte/Reuters

Violence erupted in Sri Lanka on Monday after supporters of then prime minister Mahinda Rajapaksa attacked peaceful anti-government protesters demanding his ouster over the country's worst economic crisis that led to acute shortages of staple food, fuel and power.

Mahinda Rajapaksa, 76, resigned as prime minister on Monday amid unprecedented economic turmoil, hours after his supporters attacked anti-government protesters, prompting authorities to impose a nationwide curfew and deploy Army troops in the capital.

A protest has begun in front of the Trincomalee Naval Base after reports Mahinda Rajapaksa and some of his family members are there after leaving Temple Trees, the official residence of prime minister, the Daily Mirror newspaper reported.

On Monday, the violence saw arson attacks on the homes of several politicians, including the ancestral home of the Rajapaksas in Hambantota.

Video footage showed the entire house of Mahinda Rajapaksa and his younger brother and President Gotabaya Rajapaksa in Medamulana in Hambantota city was burning.

Mahinda Rajapaksa's House in Kurunegala was also set on fire by protesters while a mob also destroyed D A Rajapaksa Memorial - constructed in the memory of the father of Mahinda and Gotabaya - in Medamulana, Hambantota.

There have been protests over soaring prices and power cuts since last month.' 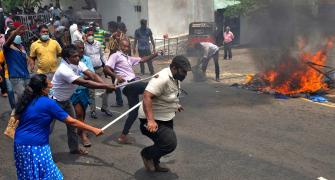 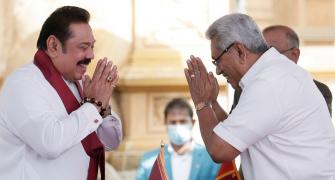 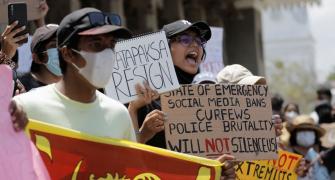 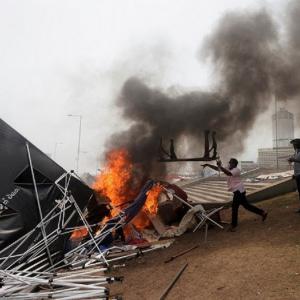 Mahinda faces calls for arrest as 8 killed in violence