Union home minister Amit Shah on Thursday described the protests against the Citizenship Amendment Act as "mostly political" and asserted that no Indian will lose his or her nationality due to the newly enacted legislation. 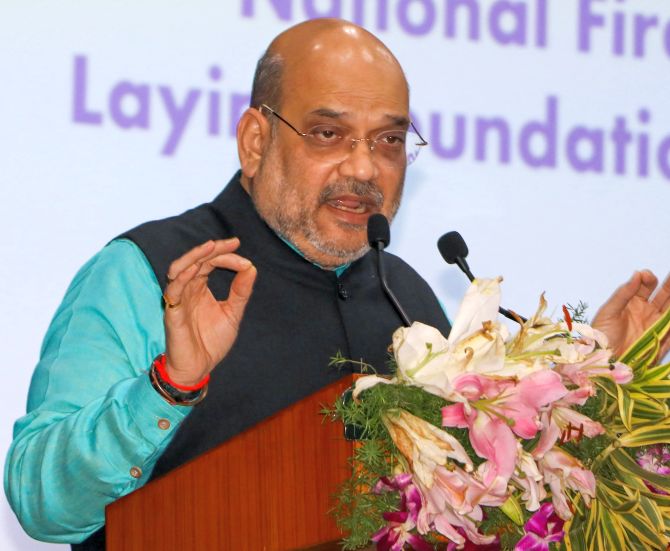 Shah also challenged Congress leaders Rahul Gandhi and Priyanka Gandhi to show one clause in the CAA under which anyone is going to lose Indian citizenship.

"I agree that these are mostly political protests. Some people are also misguided but we are trying to convince them," he told ABP News.

The home minister said under the CAA, the government wants to give citizenship to persecuted minorities of Pakistan, Bangladesh and Afghanistan.

"I want to say clearly that there is no provision in the CAA in which one can lose citizenship," he said.

Shah said the CAA provides for granting citizenship to refugees from the three countries.

"I say with full firmness that these refugee brothers who have come to India belong to us and it is the responsibility of the government of India to give them a respectable place in India," he said.

According to the CAA, members of Hindu, Sikh, Buddhist, Jain, Parsi and Christian communities who have come from Pakistan, Bangladesh and Afghanistan till December 31, 2014 facing religious persecution there will not be treated as illegal immigrants but be given Indian citizenship.

The home minister said the Census 2021 and the National Population Register, which government plans to conduct along with the house-listing phase of census from April to September 2020, have nothing to do with the National Register of Citizens.

"Census and NPR take place in the country every 10 years and this time also it is happening after 10 years. Congress has done this repeatedly but today, the Congress is opposing it," he said.

Replying to a separate question about the Bihar assembly elections likely to be held later this year, Shah said the NDA will contest the polls under the leadership of Janata Dal-United president and Bihar chief minister Nitish Kumar.

"In Bihar, we will contest elections under the leadership of Nitish Kumar, there is no confusion on this," he said. 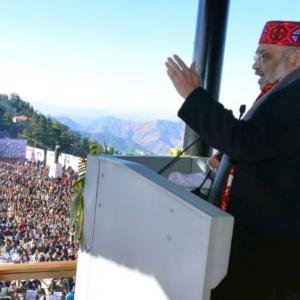 CAA has no provision to take away citizenship: Shah