The probe into the killing of former Pakistan premier Benazir Bhutto has been completed and a report will be presented at the next meeting of the top leadership of the ruling Pakistan People's Party, Interior Minister Rehman Malik said on Monday.

"The investigation report is with the joint investigation team and it will be presented at the next meeting of the central executive committee of the PPP," he told the media at Naudero in southern Sindh province.

Malik was in the region with other top PPP leaders for events marking the third anniversary of Bhutto's assassination. Bhutto was killed by a suicide bomber after addressing an election rally in Rawalpindi on December 27, 2007.

The Federal Investigation Agency is totally independent and working in a transparent manner to probe Bhutto's killing, Malik said.

People who want to destabilise the country pose a great challenge to the government and the menace of the Taliban will be rooted out, he said.

Critics of the PPP-led government have said it has done little to uncover the elements involved in planning and executing Benazir's assassination despite commissioning a probe by a United Nations panel.

Five men with links to the Pakistani Taliban are being tried by an anti-terrorism court on charges of being involved in the assassination. The court recently ordered the arrest of two top police officers on charges on negligence in providing security to Bhutto.

The probe report into Benazir's killing was not presented at a meeting of PPPs central executive committee chaired yesterday by President Asif Zardari because her son Bilawal, who is the head of the party, was unable to attend the meet.

Law Minister Babar Awan told mediapersons in Naudero on Sunday night that a briefing on the investigation had been deferred because Bilawal could not attend the meeting.

He said the central executive committee had vowed to bring Benazir's killers to justice. The committee approved a proposal to expand the ambit of the investigation and decided to hold another meeting on the issue.

It also decided that the report on the investigation would be approved at a meeting attended by Bilawal. President Zardari will decide the date of the meeting in consultation with other party leaders. 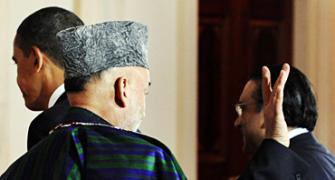 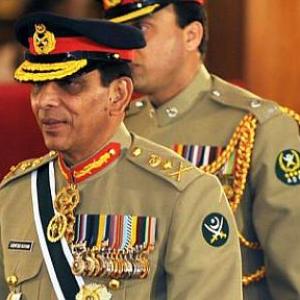 ISI officers to be quizzed in Bhutto murder case