Even as the pro-unified Andhra Pradesh leaders stepped up activity in New Delhi, Telangana seeking groups on Monday threatened to launch a "militant struggle" if their demand for a separate state was not conceded by January 28, "as promised" by the Centre.

Congress legislators from Telangana decided to go to Delhi on Tuesday along with ministers and MPs from the region and prevail upon the Centre to take a favourable decision on the statehood issue.

The pro-Telangana groups met at the CPI-ML (New Democracy) office here this afternoon and expressed concern over the Andhra-Rayalaseema leaders' move to "scuttle" formation of a separate state.

"We will take forward our struggle in a democratic but militant manner. We will change the course of our struggle and spring surprises after January 27. From a 100-day strike to other forms...we have many options in front of us," pro-statehood leaders announced after the meeting.

"Only a handful of capitalists from Andhra-Rayalaseema are trying to prevent the Centre from carving out a new state. We will strike at their economic roots as part of our renewed struggle for Telangana state," the leaders said.

The Congress MLAs met separately and decided to head for the national capital on Tuesday.

Already, ministers and legislators from Andhra-Rayalaseema landed in New Delhi today and met a host of central leaders including Union Home Minister Sushil Kumar Shinde to press their case for keeping the state united. 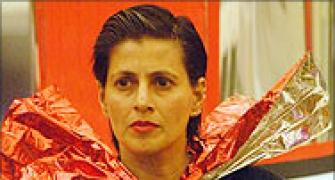