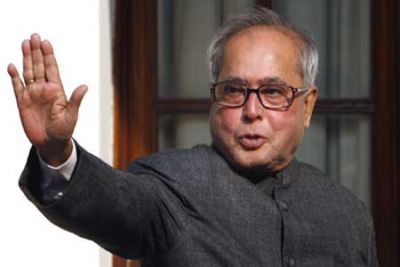 With clouds of storm hovering over Parliament's budget session, President Pranab Mukherjee on Monday sought the "cooperation" of all MPs in the smooth conduct of legislative business but gave no indication of plans to bring changes in the controversial land acquisition ordinance.

He, however, declared that government attaches paramount importance to safeguarding the interests of farmers and families affected by land acquisition.

Delivering his address to the joint sitting of Parliament, whose budget session commenced today, he said the government will constantly endeavour for smooth conduct of legislative business and enactment of progressive laws in the Parliament.

In the address, which is mandated before the start of the first session of the year in which the President reads out government's plans for the coming year, Mukherjee said Parliament is the sanctum sanctorum of Democracy and the people of have reposed unflinching faith in this institution for fulfilment of their hopes and expectations.

"My government will constantly endeavour for smooth conduct of legislative business and enactment of progressive laws in the Parliament which reflects the will and aspirations of the people.”

"I urge all Members of the Parliament to discharge their solemn responsibility in a spirit of cooperation and mutual accommodation.”

“By channelising the patriotic energies of every citizen, we all collectively must work towards building a strong and modern India.  Ek Bharat Shresht Bharat (One India, Best India). Jai Hind," he said winding up his speech that was heard with rapt attention with occasional thumping of desks.

The 18-page hour-long speech details the various steps taken by the government during its first nine months in office and lists the steps it will take during the coming days.

Prime Minister Narendra Modi, his ministerial colleagues, Opposition leaders in both the Houses, former Prime Minister Ministers Manmohan Singh and H D Deve Gowda, Sonia Gandhi and L K Advani were among those seated in the front benches at the Central Hall of Parliament.

Against the backdrop of Oppositions plans to corner the government on various ordinances including the one on land acquisition, the President gave no indication of government bringing any changes in the bill to replace the ordinance.

"My government attaches paramount importance to safeguard the interest of farmers and families affected by land acquisition.”

"While taking utmost care to protect the interest of farmers, including their compensation entitlements, the Right to Fair Compensation and Transparency in Land Acquisition, Rehabilitation and Resettlement Act has been suitably refined to minimise certain procedural difficulties in acquisition of Land inevitably required for critical public projects of infrastructure and for creation of basic amenities like rural housing, schools and hospitals, particularly in remote areas," he said.

Declaring that terrorism and Left Wing Extremism pose a grave challenge to nation's internal security,  the President said the government was firmly committed to dealing with these challenges in cohesive collaboration with the people and governments of the affected states in a holistic manner.

He said while the government has reinvigorated relations with neighbours, at the same time "we speak clearly about our interests and are fully prepared to defend our borders and secure our people".

"At the same time, we speak clearly about our interests and are fully prepared to defend our borders and secure our people," the President said.

The President said that the visit of Chinese President Xi Jinping to India has significantly expanded relations with its largest neighbour China based on mutual respect and sensitivity to each other's concerns and interests.

"We have restored confidence and momentum in our time-tested strategic partnership with Russia with President Vladimir Putin’s visit.

"The historic visit of US President Barack Obama as the Chief Guest of the Republic Day has elevated our relations with the United States to a new level," he said.

Referring to Shyama Prasad Mukherjee's statement that "the greatest strength of India is her rich spiritual and civilisational heritage," he said, the core values of Indian civilisation emphasise universal good -- welfare of all human beings.

"The fundamental tenet of my government is 'sabka saath, sabka vikas' – All Together, Development of all," he said, adding within a span of nine months, the government has articulated and embarked on comprehensive strategy for unleashing the full potential of country and precious resource of 125 crore people.

The President listed the measures initiated to stir action in a range of fields from sanitation to smart cities, poverty elimination to creation of wealth, tapping demographic dividend to diplomatic initiatives, enhancing ease of business to putting in place a stable policy framework, ending financial untouchability to making the country a manufacturing hub and containing inflation to stimulating economy to ensure inclusive growth.

Under the Pradhan Mantri Jandhan Yojna to provide universal access to banking facility, the President said the coverage under the scheme has been closed to 100 per cent with a record 13.2 crore new bank accounts being opened, 11.5 crore Rupay debit cards being issued and over Rs 11,000 crore being deposited.

This unprecedented target, he said, was achieved in less than six months, making it the largest such programme globally.

To ensure that the benefits of development programme reach the last intended beneficiary without leakages and impediments, the Direct Benefit Transfer programme is being implemented with renewed vigour.

The biggest direct cash transfer programme in the world 'PAHAL' for transfer of LPG subsidy has been extended across the country from January one this year covering 75 per cent of the user-households so far.

In all, 35 schemes have been brought under DBT architecture. Special emphasis is attached to make Aadhar enrolment coverage universal.

Referring to the "Swachh Bharat' mission to achieve a clean and open defecation free India by 2019, Mukherjee said 'Swachhta' has a cascading effect on national development and the potential to generate wealth from waste.

"Sanitation and the idea of Swachhata require changing the mindset of people," he said and appealed to MPs to spend at least 50 per cent of MPLADS funds on Swachh Bharat mission.

The President said the government is fully committed to expand the job market and promoting the welfare of workers but it is also committed at bringing in transparency and accountability in enforcement of labour related regulations.

"To this end, the Shram Suvidha Portal has been launched to ensure ease of doing business by allowing industry to register online and file a single online return instead of 16 separate returns.”

"A transparent online inspection scheme has been launched. Recent amendments to the Apprentices Act, 1961 have made the legal framework friendly to both industry and employable youth," he said. 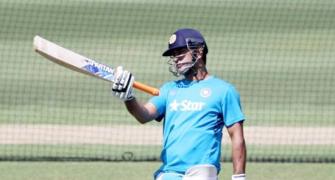 The return of MS Dhoni at MCG 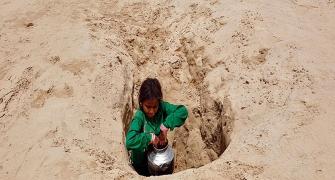 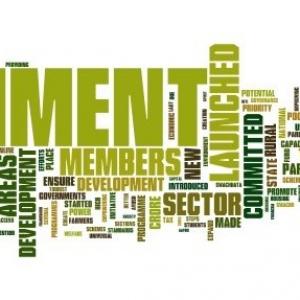