The preparation to welcome Prime Minister Narendra Modi in Ayodhya to participate in the Bhoomi Pujan before the foundation stone laying ceremony for building the Ram Temple here has begun in right earnest. 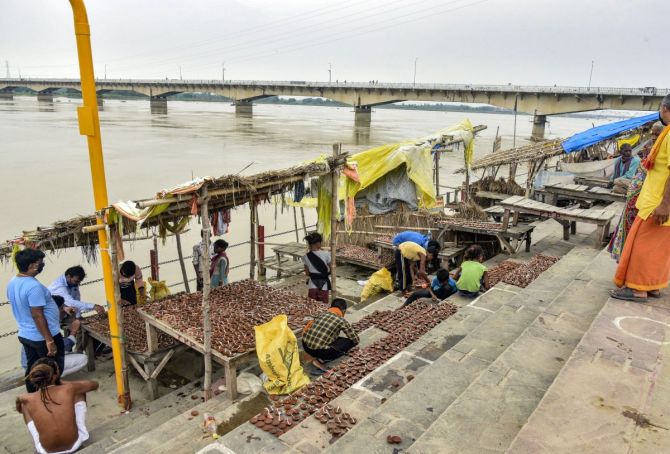 IMAGE: Workers place earthern lamps on the banks of Saryu river for 'aarti', ahead of the foundation laying ceremony of Ram temple, in Ayodhya. Photograph: PTI Photo

Buildings on both sides of the roads that the prime minister's convoy will take from the helipad at the Saket College in the city to reach the Ram Janmabhoomi site is being given a fresh coat of yellow paint with plans to depict various characters of the Ramayana on them.

The work to paint the buildings on both sides of the three-km stretch of the road and draw sketches of the Ramayana characters on them has been given to Ayodhya Nagar Nigam, said Ayodhya Information Deputy Director Murli Dhar Singh.

While life-size sketches of both Lord Ram and Sita will adorn the helipad at Saket College, sketches and drawings of Ramayana characters will adorn the building walls on both sides of the roads, he said.

The stretch is also being cleared of the roadside vendors and shopkeepers to give the prime minister's convoy free and clear access, he said. 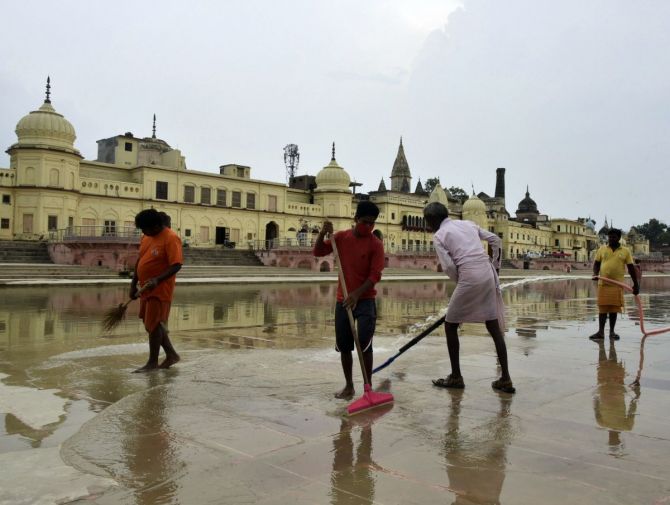 The prime minister will also visit the Hanuman Garhi temple and the buildings on roads leading to it too are being spruced up, he said.

The temple administration will also make available over one lakh packets of ‘prasad' for distribution among people and devotees on the occasion of Bhoomi Poojan for the Ram Janmabhoomi temple.

A media centre would also be established in Ayodhya to provide various requisite facilities to media persons, he said. 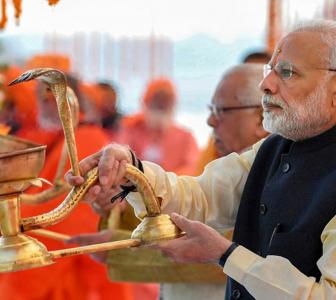 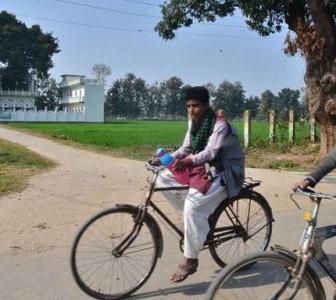 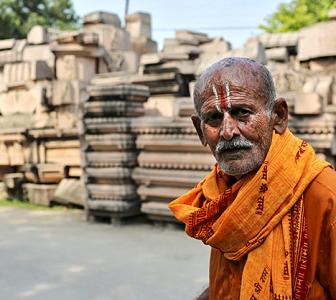 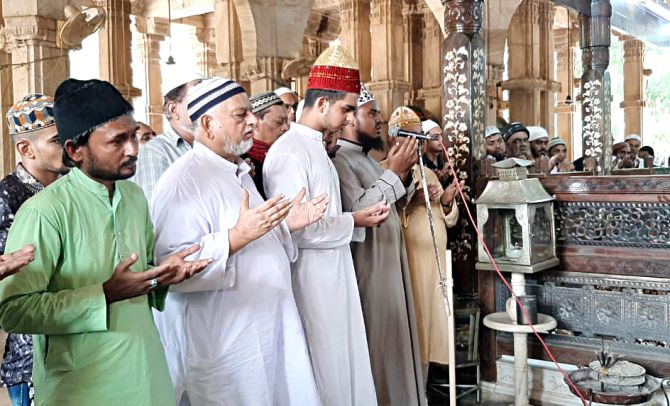