A key accused in the solar panel scam that has rocked Kerala's Congress-led United Democratic Front government has refuted any links with political bigwigs and ministers as alleged by Opposition Left Democratic Front to buttress its demand for resignation of Chief Minister Oommen Chandy.

In a three-page complaint submitted to the Additional Chief Judicial Magistrate in Kochi, second accused Saritha Nair put the blame for the fraudulent dealings on the first accused Biju Radhakrishnan and actress Shalu Menon while stating that associating her name with politicians and ministers was incorrect.

Reacting to the development, CPI-M state secretary Pinarayi Vijayan claimed that the new turn in the case was the result of attempts (by a section of UDF leaders) to sabotage the case by manipulating legal processes and course of investigation.

Vijayan, whose party has launched an indefinite dharna with its LDF allies demanding the resignation of Chandy, claimed there was sound reasons to suspect that manipulations had taken place at various levels and a judicial probe had become all the more inevitable to bring out the truth.

Saritha in her complaint alleged that she, her children and mother were facing death threats from Radhakrishnan and Shalu, who had taken away all the money collected by cheating.

The scam pertains to financial cheating of a large number of people by Saritha and Biju by offering them solar energy solutions.

It took a serious political turn after the arrest of a close personal aide of Chandy for his alleged links with the fraudsters.

Two other personal staff members of Chandy were removed and state public relations director A Firoz was also arrested in a related case.

The scam also had reflections in the internal dynamics of Congress in the state with the party thinking seriously of a Cabinet and organisational revamp to consolidate its political position to take on the LDF during the Lok Sabha polls.

Chandy and KPCC president Ramesh Chennithala are in New Delhi to discuss the issues in the state with the Congress high command and evolve a solution to defuse the crisis gripping the ministry.

Since the scam broke out, Chandy had taken a firm stand that the charges against UDF were part of a "political conspiracy" and would be faced politically by the UDF.

Meanwhile, the Kerala high court turned down the bail plea of Shalu in a related cheating case and held it was high time a special legislation with penal provisions was enacted to deal with offences of fraud.

The Indian Association of Lawyers, Kerala, has appealed to the high court Registrar to take disciplinary proceedings against the Additional CJM, Ernakulam (Economic Offences) N V Raju, and suspend him immediately failing which 'there is every chance of him tampering with the evidence available and influence the court and others who were eyewitness' in the case.

The association said it fails to understand how a judicial official is concerned about the correctness of media reports and how he was authorised to utilise his office to 'interpret/ misinterpret and propagate news in the media'.

The ACJM had in his judgement on July 26 described media reports on Saritha Nair's statement to the court as 'bundle of lies'.

The sanctity of the judicial magistrate office has been 'totally lost' and majesty of law has 'deliberately been lowered', it said in a statement.

The ACJM has not only committed contempt of his own court, but he has started spreading news with respect to the merits of a pending case using his office, the statement added. 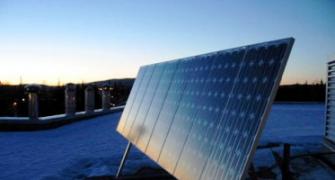 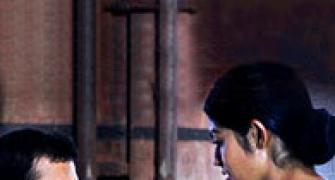 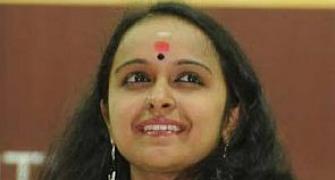 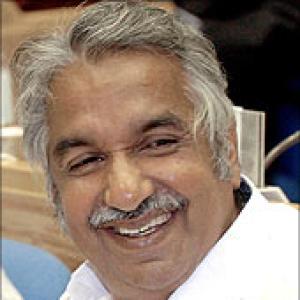 How will Chandy fight the solar scam's eclipse on Kerala?