A delegation of Trinamool Congress leaders on Wednesday met Election Commission officials here and alleged that the use of Prime Minister Narendra Modi's photo on advertisements of various central schemes and the COVID vaccination certificates, distributed by the Union health ministry, violated the model code of conduct. IMAGE: A kite maker arranging the kites with the symbols of various political parties ahead of the assembly elections, in Kolkata on Wednesday. Photograph: Utpal Sarkar/ANI Photo

The ruling party in West Bengal termed it as a 'blatant misuse of official machinery' and sought the intervention of the poll panel to remove hoardings advertising central government schemes with images of Modi at petrol pumps, state minister Firhad Hakim said after meeting the EC officials.

"Prime Minister Narendra Modi happens to be the star campaigner of the BJP in this assembly elections. As a politician, he is seeking support for his party during rallies. In this situation, using his photo in vaccination certificates is akin to influencing voters and violates the model code of conduct.

"We have sought the EC's intervention to remove his photo in hoardings promoting central schemes at petrol pumps," Hakim said.

The minister called on the EC officials a day after TMC Rajya Sabha MP Derek O'Brien alleged that the PM photos have been used on the COVID-19 vaccination certificates even after the announcement of poll dates.

Reacting to these allegations, Bharatiya Janata Party state president Dilip Ghosh termed it as 'baseless' and said the vaccination drive had started before the announcement of the election dates.

"If a government project starts before the declaration of an election, it may continue in the same form. At petrol pumps, hoardings are advertising several welfare projects of the Centre. These are put up on private land," Ghosh said.

He also said the EC would take a call on the issue. Elections in Bengal will be held in eight phases, beginning with polling for 30 seats on March 27. 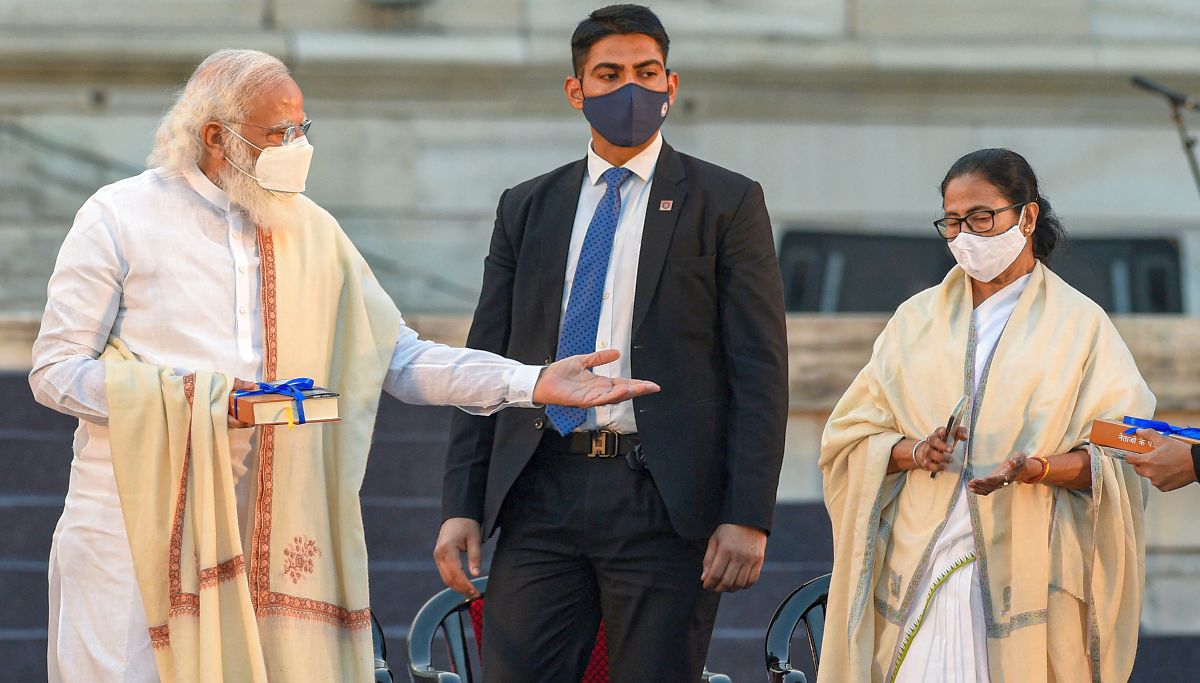