IMAGE: Members of the Shri Ram Janmabhoomi Teerth Kshetra, the trust setup to oversee construction of the Ram Temple at Ayodhya during its first meeting at Greater Kailash-I in New Delhi,. Photograph: Kamal Singh/PTI Photo

The first meeting of the trust, held at the residence of senior lawyer K Parasaran, also elected Prime Minister Narendra Modi's former principal secretary Nripendra Misra as the head of the temple construction committee of the trust.

Das and Rai were unanimously appointed as members of the trust and were thereafter chosen as its president-cum-managing trustee and general secretary, according to a statement.

Das is chief of the Ram Janmabhoomi Nyas, a trust formed by the Vishva Hindu Parishad, for the construction of the temple, while Rai is a vice-president of the VHP.

The meeting was called to work out the modalities and speed up the process for construction of the Ram temple in Ayodhya.

Members were of the view that the construction can be started in April. The temple construction will take three-four years, sources said.

"People's sentiments will be honoured and temple construction will be started soon," Das said after the meeting and added that the main model of the Ram temple will be similar to the one planned by the VHP.

Efforts will be made to increase its height and width, he added.

Swami Govinddev Giri of Pune was appointed as treasurer of the trust at the meeting, who was handed over the cheque of Rs five lakh by the Swami Vishwa Prasannatheerth of Pejawar Math in Udupi.

Prasannatheerth is also a member of the trust.

The members of the trust also decided to open an account in Ayodhya's State Bank of India branch for donations for the Ram temple construction, Rai told reporters after the meeting.

During the meeting as many as nine resolutions were passed, including one thanking Prime Minister Narendra Modi, the Centre and the Uttar Pradesh government for their active role in the entire process.

The trustees also remembered all those who sacrificed their lives for this noble cause and passed a resolution in their memory, Rai said.

The 15-member trust was constituted by the Narendra Modi government, after the Supreme Court's landmark verdict on November 9 in the Ram Janmabhoomi-Babri Masjid case on which settled the long-festering religious issue and allowed building of a temple at the disputed site where many Hindus believe Lord Ram was born.

Parasaran had led the Hindu side in the court in the case.

Announcement of the formation of the trust was made by Prime Minister Modi in the Lok Sabha. 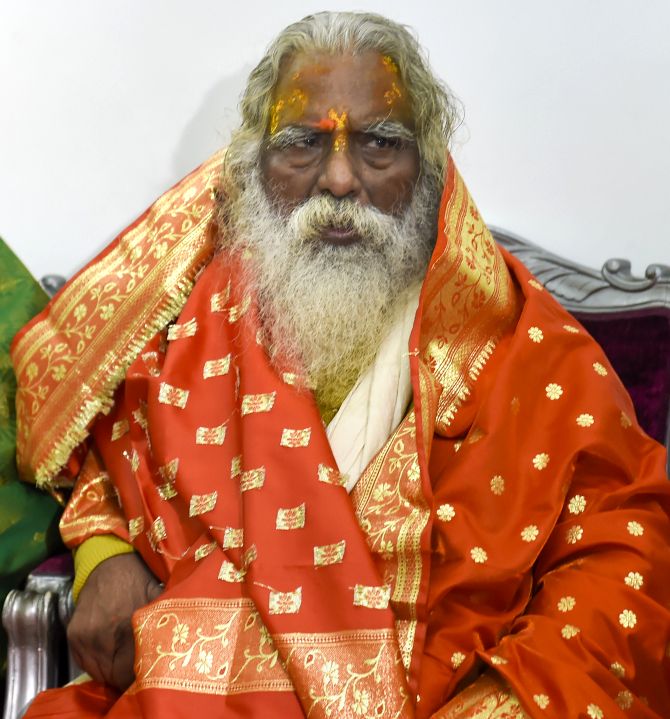 All the 15 members attended the meeting of the trust on Wednesday. The next meeting is likely to be held in a fortnight in Ayodhya.

In a tweet after the meeting, Nadda said he salutes the entire Saint community, social organisations and activists associated with the movement and the people of the country, who played an important role in bringing this struggle of 500 years to its final stage.

"This is a big step towards realising our resolve and feelings towards Ram temple," Nadda said.